We modern-day humans have long harboured a fascination for all things tribal and, thanks to children’s books and Hollywood, our collective imaginations have run riot on the subject.

Think of Tarzan swinging across the jungle; the dashing daredevil Lawrence of Arabia striding desert sands; Hepburn and Bogart pitted against the mighty Ulanga River aboard The African Queen and, for pure tribal embracement, nobody did it better than Eartha Kitt, famous for punctuating her songs with cat-like growls while slithering over sofas clad in figure-hugging animal prints.

Tribal art is often ceremonial or religious in nature and has a global reach across Africa, the Americas, the Middle East, Asia and Oceania, which encompasses Melanesia, Polynesia, Australia and New Zealand.

Many artists have been inspired by tribal arts; Pablo Picasso once stated that “primitive sculpture has never been surpassed”.

When it comes to home décor, tribal design and artware has long reigned supreme with its strong patterns and natural elements. In the latter part of the 20th century, tribal interiors tended towards the warm tones, but in the 21st century we’re trending towards the cool monochrome of black and white.

At first glance it may appear as a Scandinavian take on tribal, but with an imposing ethnic artwork in dominant position and a few large handcrafted vessels strategically placed, the look is much bolder than the gentle Scandi interior.

For a final flourish of monochrome tribal, whitewashed floors and walls contrasted with dark doors, louvres, storage shelves and screens deliver the ultimate in tribal chic.

Rattan is weaving its way into our homeware dreams – and with the wicker of a finger, the dream becomes a reality. 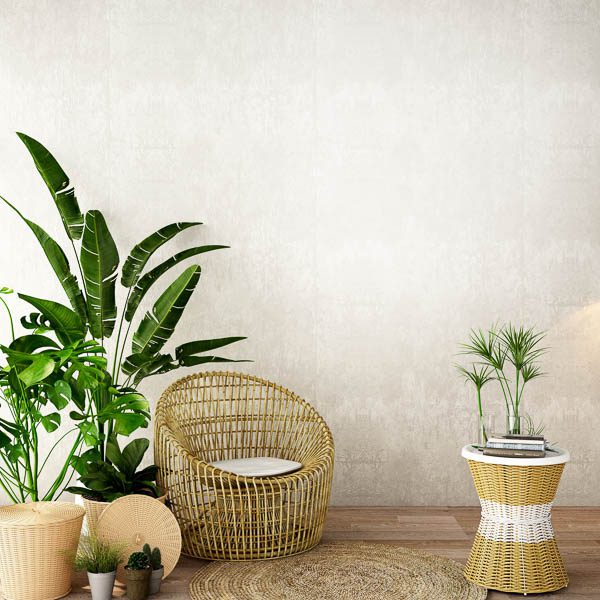 Now you can get the island resort feeling in your home year-round; rattan has returned to our Pinterest boards and our homes.

Most often, this type of furniture was confined to porches and outdoor areas and only enjoyed on warmer evenings. This was likely due to it being great weather-resistant furniture. But in order to get more bang for your buck and enjoy your rattan year-round, it may be time to let the outdoors in.

Rattan’s most desirable qualities are that it’s strong and lightweight, making it the perfect option for seating arrangements. This could be in the form of dining chairs, barstools or even a daybed tucked away in a nook. To channel that island-living feel, a hanging rattan chair is ideal.

Baskets can be ideal for home décor or to help organise a space in an inexpensive way. Like most things, they come in every shape and size. Not only are they aesthetically pleasing, they’re also a lifetime member of the practicality party, offering a great storage space for home essentials. We check out the best ways to style this handy home accessory.

The obvious choice would be to use them as storage – whether that’s small, dainty baskets in the bathroom, under storage baskets in the bedroom or flat-back baskets in the kitchen, it’s up to you. Old bicycle baskets are even a quirky way to keep your spaces storage savvy and an excellent way of repurposing.

Woven baskets are great for using as pots for your house plants – they’re definitely a step up from dreary plastic containers that they originally come with.

A way of combining practicality and uniqueness is by hanging wicker baskets in your bathroom. They can double as both wall art and storage for your towels. In saying that, baskets don’t always have to be used for storage, they can be wall art too! So if you find something that you would like to display… then do it. Be bonkers for baskets!

It was an exciting day for Georgina Hopman of White Room Interiors when the business recently moved from its former site to its new, twice as large premises at 1027 Colombo Street. 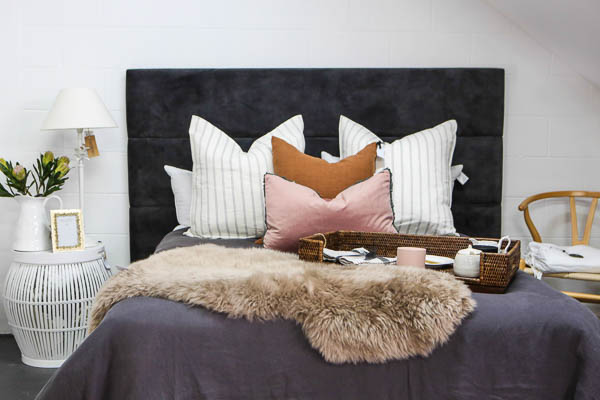 Renowned for their expertise in the making of drapes, blinds and luxurious cushions, White Room Interiors styles interiors from the beginning of a project to its end, with the final ‘room dressing’, in sumptuous décor accessories being Georgina’s master stroke.

“We love putting it all together – making the most of the space yet enhancing it,” Georgina says.

Another component to this bespoke interior decorating business is the exquisite giftware, from clothing, bed and bathroom-ware to lighting, mirrors, artisan jewellery and heavenly home fragrances, such as ‘Durance’ from France, and proudly NZ made ‘Maraca’ candles.

Georgina is very much the face of her business, evidenced by the positive endorsements she receives for the professionalism she brings to every project, including her meticulous research into sourcing all fabrics and fixtures connected to the project, and her focus and commitment to delivering unsurpassable interiors. Her contractors also receive glowing feedback from clients, so you can be well-assured that your home is in the best of hands.

“Now that I have moved into my new space, I feel like part of the neighbourhood and they have been so welcoming,” Georgina says.

“We have great parking, natural light and space to really show off our lovely home décor.”

Tough and durable yet soft to the touch, linen is a textile oxymoron and, despite being one of the oldest fabrics in the world, it’s making a stylish statement in the home as we look to the warmer weather that is just around the seasonal corner.

When it comes to upholstery and sheets, linen is a firm favourite, with its durability lending itself well to the family environment. Resisting wear from abrasion as well as dirt and stains, this tempting textile even stands its own against pills and stretching.

So, it’s not surprising that its use is spreading across an even greater range of homewares than ever before, with draperies, tablecloths, bedspreads, curtains, drapes and even rugs looking luxurious in linen.

Known rather romantically by the ancient Romans as textus ventilus, or ‘woven wind’, texture is linen’s main allure. Soft and cool, it’s a great summertime addition to the bedroom and it becomes softer after use.

Linen is, by its very nature (pun intended), a sustainable product – with flax plants requiring very little irrigation, pest control and processing energy. Inherently antimicrobial, linen is even resistant to mildew. What’s not to love?

The clothing, gifts and homewares at Dalethorpe House are contemporary yet enduring, with a focus on integrity and craftsmanship. “We wish to enrich the lives of our customers, choosing quality over quantity,” says new owner Rachel Ferguson, who took over Darfield Gift Gallery last month. 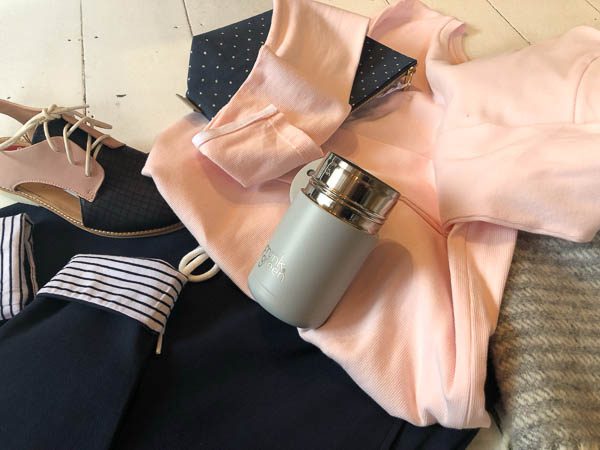 Located in rural Canterbury, the store is situated in one of the oldest historic buildings in Darfield. The beautiful white weatherboard exterior with original interiors of kauri tongue and groove floors, walls and ceilings invokes a sense of history and timeless style.

Originally the town’s General Store built in 1914, it now encompasses a wholefood café on the ground floor and Dalethorpe House on level one, filled with a beautiful selection of carefully curated items.

At the heart of Dalethorpe House is the Ferguson family and their long history at ‘Dalethorpe’ – one of Canterbury’s oldest sheep stations. “At our core is an understanding of a life lived well and a pride in our product.”

In Christchurch, one of the best spots to go to escape the hustle and bustle of city life is the Botanic Gardens or Hagley Park. These two places are so popular for escaping because of the plants that surround us with their calming energy. So why not bring that same energy and vibe into your own home?

Some of our favourite homeware stores are catching on to the concept of bringing the outside in because, although florals have long been a popular addition when it comes to our décor, now it seems greenery has followed suit.

Fresh and inviting, they offer an easy way to inject life and colour to your internal spaces, and they work particularly well with the clean, minimalist interiors and natural beauty of timber that we’re currently craving in the home.

So let your natural instinct go wild this season because sometimes you just have to fake it ‘til you make it.

Bringing the outside in has long been a popular theme in interior decorating. Touted for their health benefits and styling credentials, indoor plants are growing in popularity – pun entirely intended. But in 2019 homewares, it’s the pot plant holders that are standing out, for all the right reasons.

A quick and clever way to make your interior spaces look pulled together, there’s a plant stand to suit every décor style.

They enable you to stagger the heights of your potted perennials, adding drama and dimension to your spaces, and they’re a great way to soften stark corners.

A minimalist black wrought iron stand is a great option for a contemporary space, while timber looks the part in more traditional homes.

Geometric shapes and mid-century design are hotting up our homes, so look for clean lines, tapered legs and scandi-style sustainability. After all, it’s time to bring life into your home – both in the literal and figurative sense.

From her boutique store The Flock, in Christchurch’s The Tannery, Melody Leveridge is helping change the way we shop for the better. 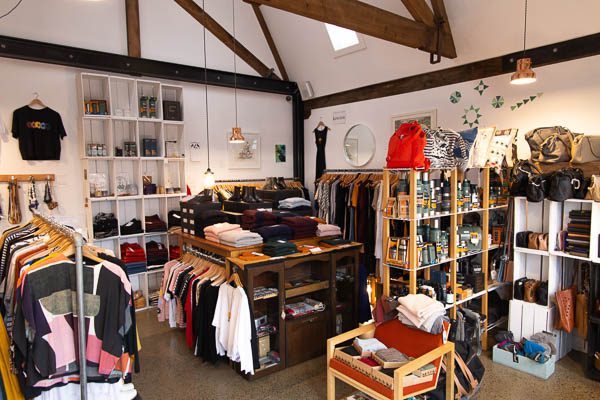 By sourcing natural, organic and environmentally sourced materials, while supporting New Zealand industry and craft-makers, shoppers are discovering they can find beautiful, unique products, and still contribute towards creating a better future.

“Our dedication to supporting designers, crafters, makers and industry in New Zealand is coupled with an appreciation for design from around the world,” Melody says. “We therefore enjoy sourcing goods that are produced responsibly and ethically overseas.”

Designs on offer include From (knitwear), Kowtow, Elk, The Busy Finch, Popkraft, Ingrid Starnes, Triumph and Disaster, Anoint, Pieces of Eight and so much more.

Since taking over the shop, Melody has reduced imported suppliers by 70-80 percent, and enjoys inspiring and educating her clients. “It’s a no-brainer,” she says of the shop’s concept. “It makes sense to have the purchasing dollar in New Zealand, rather than overseas.”

The days might be getting darker as we make the seasonal shift to the cooler months, but that doesn’t mean our homes need to follow suit. In fact a clean, serene white interior might just be the antidote to the winter blues. 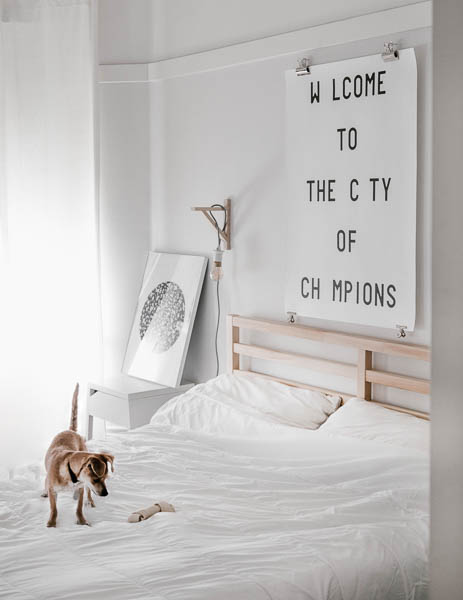 White may seem to be a safe choice in comparison to bold colours, but it brings an understated look that can make a big impact when styled right. The beauty of white is also its ability to be regularly restyled with ease. So how do you ‘get it white’ when it comes to incorporating this fresh favourite into the home?

Firstly choose your tone by deciding whether your white will have a grey or blue undertone, or a more yellow tint to it. Cooler tones will give the room a serene Scandi-style, while warmer tones will provide a warmer, rustic ambience.

White interiors are easy to apply to your kitchen and can maximise your space. A great way to style it in the kitchen is to pair it with indoor greenery which is a trend that has exploded in popularity. Your bedroom is another room where the all-white look can be applied.

However, you want it to be serene without it feeling like you’re sleeping in a hospital bed. To avoid this, throw in some neutral tones such as beige and cream. This paired-back look is perfect for creating an effortlessly stylish space.