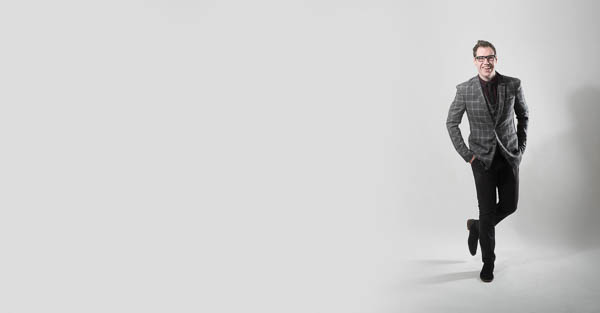 Marty Mone has many titles; singer-songwriter, performer, agricultural contractor and trucker. Uniquely in a category of his own, this singer from Castleblaney is heading to little ol Ashburton as a part of his Marty Down Under tour.

If you’re a TED talk fanatic and wished there were more events like it in New Zealand, then we have a solution for you. Lance Burdett is a leader in his field and a safety, wellness and resilience expert. He’s worked with the police, the military, emergency services, prisons and even the FBI. Get a better understanding on how the human brain deals with pressure and handles situations. Leave feeling enriched with knowledge.

Who doesn’t love to laugh? Combine that with a bit of magic and you’ve got a family-friendly event that has become an audience favourite worldwide. With ‘NZ’s Top Comedy Magician Award’ in his back pocket, it’s hard to deny this is an act that you must see.

It’s a summer of celebration, concert and community in Kaiapoi this year. Make the most of this little town in the Waimakariri District. 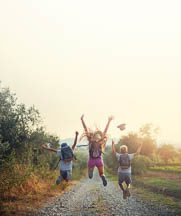 Ten years of anything is definitely worth celebrating and Kaiapoi knows how to do so in style. Birthday cake, live music, activities for the kids and more; who doesn’t love a happy and wholesome day in the beautiful setting of the community garden.
It’s a day for all ages and won’t break the bank because admission is free.

Taking place every Saturday throughout the year, in rain or shine, this is an event that you’ll want to get to at least once this summer. With fresh, locally grown produce accompanied with a welcoming atmosphere makes for a perfect combination.

When it comes to things to do, Ashburton is an all-rounder, with something for everyone. We’ve pulled together some of our favourite upcoming events. 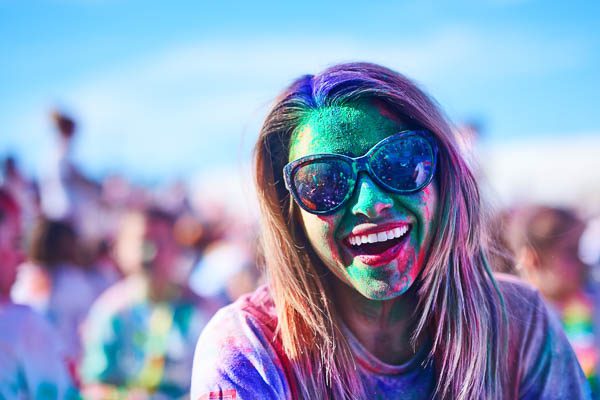 If you want to go to an event that is both family-friendly and guilt-free (zero waste, alcohol free and smoke free) – this is the one for you.

Celebrate the diverse culture that is ever-growing in Ashburton.

Henna tattoos, local musicians and bands, market stalls, spot prizes and the unique experience of partaking in a Holi Festival… what’s not to be excited about?

The Royal New Zealand Ballet presents Tutus on Tour 2020 – an event that is suitable for all ages.

With affordable tickets and only hour-long performances, this event is perfect to pass some Saturday spare time.

How could you turn down a Tina Turner tribute – she’s simply the best!

The stage production will feature live vocals from Caroline Borole accompanied by a band, brass section, backing vocalists and dancers.

Back to back hits from two of the biggest names on Broadway, Cole Porter and Andrew Lloyd Webber, will be performed at the Isaac Theatre Royal, with four performances from 13-15 July.

American born Porter wrote more than 800 songs across a five-decade career, conquering both Broadway and Hollywood. His soaring melodies, offset with urbane and witty lyrics, gave rise to his signature musical genre known as ‘the Cole Porter song’. Iconic musicals like Anything Goes, Can Can and Kiss Me Kate remain stage and screen classics, finding new audiences with every decade; his greatest songs covered by modern stars from Michael Bublé to Lady Gaga.
British composer Andrew Lloyd Webber is arguably the best-known name in modern musical theatre. The first composer to have four musicals playing simultaneously on Broadway since 1953, he has written some of the world’s most loved and successful musicals including Evita, The Phantom of the Opera, Jesus Christ Superstar and CATS.
Broadway Hitmen features favourites from these two musical theatre hit makers performed by an onstage orchestra under the baton of Ravil Atlas, along with soloists and a large chorus.
Amongst the soloists will be West End singer/actor Nic Kyle, who toured with Elaine Page in 2012; soprano Charlotte Taylor who has performed with NZOpera and Showbiz; jazz and blues artist Kate Taylor of the All Girl Big Band; and Kira Josephson who recently played Nessarose in the Showbiz production of Wicked.
Bookings through Ticketek, 0800 842 538, www.ticketek.co.nz/showbiz or www.showbiz.org.nz/broadway-hitmen.

Last month, Christchurch was witness to one of the best musicians of the 1980s. The legend himself, Lionel Richie.

Songwriter, actor, singer and record producer, he has been gracing our televisions of late with his role as an American Idol judge. With such hits as Endless Love, All Night Long, Stuck on You, Say You Say Me and, of course, the heart-wrenching Hello, the hits from his years with the Commodores and many, many more, his ability to bring a stand up and dance moment at his concerts is never in question.
I was fortunate enough to catch up with him the night before the concert for a chat. “It’s Lionel Richie!” I said as I approached.
“Have been all my life,” he said in the beautiful gravelly voice of a seasoned pro.

How do you find New Zealand audiences?
“It’s a great country and I always enjoy coming here. You are all so friendly!”

It’s such a privilege to meet you, I grew up with your music in the 1980s and Hello is such a beautiful song
“You know what? I grew up with that music too! When I first started, people would say ‘what a sexy man’. When I got into my late 20s early 30s, people would say, ‘what a handsome man’. Now all I get is… ‘You look good for your age!’
“I was out in a bar in New Orleans and I saw this attractive woman looking across at me and I started looking at her, she looked at me and I was giving her ‘the look’ when she came over to me and said in this French accent ‘Yoouu are Lion-Nell Reechiiee?’ And I said ‘Yeeeesss, I am Lion-Nell Reechiiee’.
“She then handed me her mobile and said, ‘I’m friends with your daughter Nicole, she wants to say hi’. That’s when I got an earful from my daughter about hitting on her friends. I’m OLD now!”

How do you find the audiences respond to your music these days?
“Nothing’s changed except for the fact when I started off everyone said that if I kissed a girl at the front of the stage, the audience would go nuts – so I started doing that. Obviously now it’s a lot harder to lean that far down, so I don’t do that anymore. I’m OLD. I’m really looking forward to the Christchurch audience. You’re going to have a fun time tomorrow night.”

And he was so, so right. Those fortunate enough to be at Horncastle Arena were subjected to hit after boogie-down hit. The energy that this 68-year-old can conjure up on stage would make any teenage musician envious. Reminding us just how prolific and how relevant he was during the decade of music that was the 80s, back when he had us all singing We are the World, which he co-wrote with Michael Jackson. Music royalty was visiting Christchurch.
“As always, Lionel put on an amazing show, we love hosting him at Horncastle Arena,” Turlough Carolan from Vbase says.
“It’s also great to see such a varied range of events visiting the city over the coming months, from the incredible Dynamo (20-21 July) to the sublime Queens of the Stone Age (25 August), yet again, Vbase will be bringing many more great acts to Christchurch.”
Marvellous to have caught up with a living legend here, such a down to earth man with a beautiful voice for singing and conversation. A moment all those who saw him in concert will remember for a long time. He had us all, Dancing on the Ceiling.