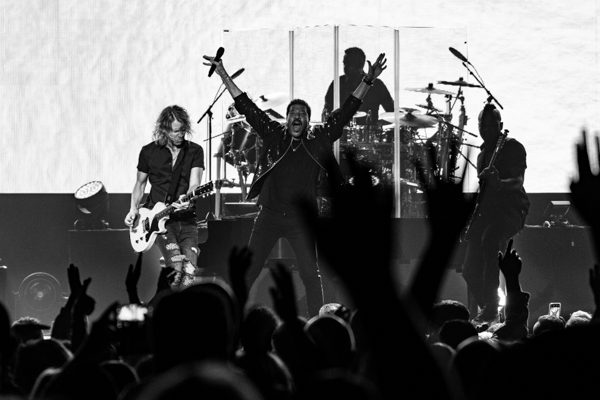 Last month, Christchurch was witness to one of the best musicians of the 1980s. The legend himself, Lionel Richie.

Songwriter, actor, singer and record producer, he has been gracing our televisions of late with his role as an American Idol judge. With such hits as Endless Love, All Night Long, Stuck on You, Say You Say Me and, of course, the heart-wrenching Hello, the hits from his years with the Commodores and many, many more, his ability to bring a stand up and dance moment at his concerts is never in question.
I was fortunate enough to catch up with him the night before the concert for a chat. “It’s Lionel Richie!” I said as I approached.
“Have been all my life,” he said in the beautiful gravelly voice of a seasoned pro.

How do you find New Zealand audiences?
“It’s a great country and I always enjoy coming here. You are all so friendly!”

It’s such a privilege to meet you, I grew up with your music in the 1980s and Hello is such a beautiful song
“You know what? I grew up with that music too! When I first started, people would say ‘what a sexy man’. When I got into my late 20s early 30s, people would say, ‘what a handsome man’. Now all I get is… ‘You look good for your age!’
“I was out in a bar in New Orleans and I saw this attractive woman looking across at me and I started looking at her, she looked at me and I was giving her ‘the look’ when she came over to me and said in this French accent ‘Yoouu are Lion-Nell Reechiiee?’ And I said ‘Yeeeesss, I am Lion-Nell Reechiiee’.
“She then handed me her mobile and said, ‘I’m friends with your daughter Nicole, she wants to say hi’. That’s when I got an earful from my daughter about hitting on her friends. I’m OLD now!”

How do you find the audiences respond to your music these days?
“Nothing’s changed except for the fact when I started off everyone said that if I kissed a girl at the front of the stage, the audience would go nuts – so I started doing that. Obviously now it’s a lot harder to lean that far down, so I don’t do that anymore. I’m OLD. I’m really looking forward to the Christchurch audience. You’re going to have a fun time tomorrow night.”

And he was so, so right. Those fortunate enough to be at Horncastle Arena were subjected to hit after boogie-down hit. The energy that this 68-year-old can conjure up on stage would make any teenage musician envious. Reminding us just how prolific and how relevant he was during the decade of music that was the 80s, back when he had us all singing We are the World, which he co-wrote with Michael Jackson. Music royalty was visiting Christchurch.
“As always, Lionel put on an amazing show, we love hosting him at Horncastle Arena,” Turlough Carolan from Vbase says.
“It’s also great to see such a varied range of events visiting the city over the coming months, from the incredible Dynamo (20-21 July) to the sublime Queens of the Stone Age (25 August), yet again, Vbase will be bringing many more great acts to Christchurch.”
Marvellous to have caught up with a living legend here, such a down to earth man with a beautiful voice for singing and conversation. A moment all those who saw him in concert will remember for a long time. He had us all, Dancing on the Ceiling. 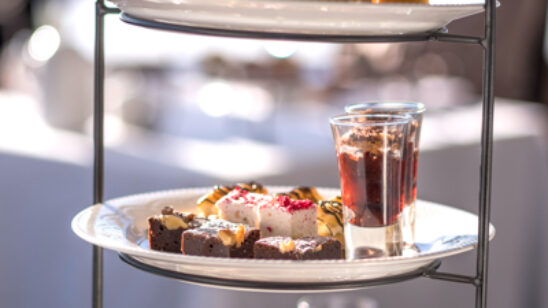 High tea temptations: stick your pinkies out for the Pink Ribbon high teas at The George

Editor’s Perspective: On the people who make Christchurch a city to be proud of