The first international performer in 12 months to cross the Trans-Tasman border without quarantine, Australian journeyman John Butler is bringing his music to Christchurch this month.
The guitar-roots rock legend will front the John Butler Trio (JBT) in its only South Island concert at the iconic Isaac Theatre Royal in Christchurch on Saturday, May 15. 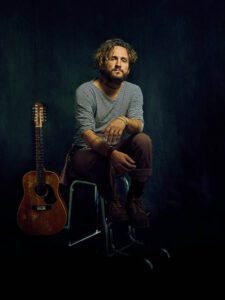 The multi-award-winning artist was to have headlined the Bluesfest at Byron Bay earlier this year, until Covid-19 canned that.

The group’s seventh studio album HOME debuted at number one on the ARIA Charts and was nominated for Best Independent Blues & Roots Album at the 2019 AIR Awards.

John is a journeyman from way back. “I started playing the guitar when I was 16, and I’m 43 now,” he recalls.

“I began busking instrumental songs when I was 21. As a teenager I used to write songs just for myself, so it took me a while to make my first demo tape. I remember the first person who asked me for a tape came back two or three times – and when I still didn’t have one, she walked away shaking her head. I realised at that point that I really had to get off my butt and do it.”

That first cassette sold over 3500 copies – a number that a fair few signed artists would be happy with, let alone a busker. Many performers would have stopped right there, content to jam their youth away, but Butler knuckled down to building a profile.

“It was a gradual progression from busking to playing in bars and clubs,” he remembers.

“I did gigs in the week and busked at the weekends, but as more and more gigs came along, I just wasn’t around to busk anymore. I had all these songs written, so I decided to share my act with drums and bass and formed the John Butler Trio.”

Butler’s recorded catalogue has paved the way to major success, although he has never rested on his laurels. In the mid-2000s he set up his label plus a charitable organisation – The Seed Fund – which provides grants to artists and musicians. His involvement in a long list of environmental campaigns is as integral to Butler as his music.

“Ah, don’t get me started!” he chuckles. “I’m laughing here, because otherwise I’d have to cry.

The hydraulic fracking that’s going on in Australia and the UK and USA is out of control, and completely evil.

They’re messing with our water now, and I like clean water and clean air. Does that make me a fundamentalist?

I don’t think so. At least the environment is a mainstream issue now, not a left-leaning concern as it used to be. Personally, I pick and choose where I can be involved, and where I can be most potent to a campaign.”

Add Butler’s perspective and worldview to the new songs on HOME and it’s no wonder that they add up to such an immersive experience.

Crowd-stirring anthems feature in the form of Tahitian Blue and Running Away, as well as atmospheric drones in Wade in The Water.

If you’re looking for big country-rock sounds, look no further than Miss Your Love. 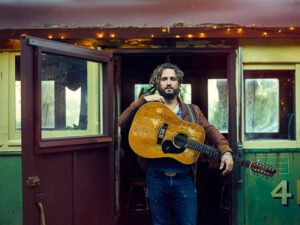