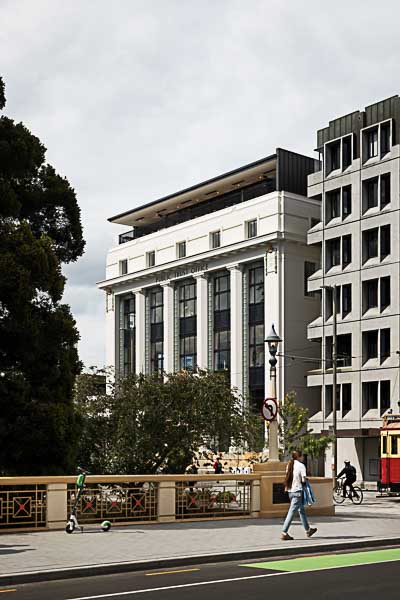 The story of Cecil Woods’ 1922 Public Trust Building in Christchurch City has been retold on a fresh slab of architectural elegance thanks to the masterfully clean and uncluttered style of Three Sixty Architecture.

The exciting restoration project won its designers two awards at this year’s The Te Kāhui Whaihanga, New Zealand Institute of Architects, one in the ‘Heritage’ category.

Commissioned by Box 112, the project stands heritage true, with an intelligent interspersing of complementary materials to merge its past and present into a new form, namely a unique commercial hub-bub, with a penthouse-style rooftop bar boasting a retractable roof and sensational 360 degree views overlooking the Port Hills, Avon

Spreading its design wings further into Christchurch CBD, Three Sixty Architecture received another award for The Muse Hotel in the ‘Hospitality’ category. Originally a

1961 Peter Bevan commission, The Canterbury Building Society Building, a repurposing project has been refashioned into a designer chic hotel, displaying local art, fusing urban lifestyle vibes, and smartly summed up in its eclectic rooftop bar, The Pink Lady, overlooking the city and enticing you to indulge in the Christchurch skyline at your leisure. 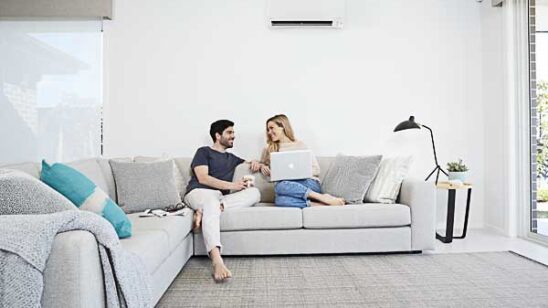 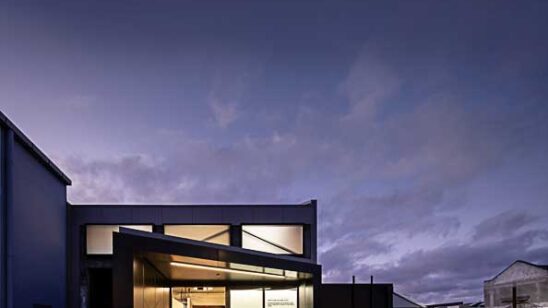