Visiting a vet can be stressful for our feline friends, which can put owners off taking them. One local clinic, Ourvets, has received global recognition for its attention to cat care and wellbeing to ensure a stress-free visit, every time. 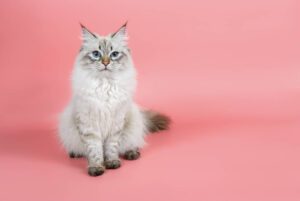 Ourvets has achieved accreditation as a Cat Friendly Clinic to recognise its high standard of care which promotes wellbeing for all cats visiting or being hospitalised in its veterinary clinic.

The global programme is developed by the International Society of Feline Medicine, the veterinary division of leading feline charity International Cat Care.

Ourvets Riccarton Team Leader Catherine Daniel says the accreditation reinforces the team’s dedication to caring for their cat clientele – and ensuring each visit is as stress-free as possible.

“It also recognises our approach to handling cats sensitively and respectfully, as well as staying up to date with the latest knowledge of feline medicine.”

Under the programme, a clinic must prove rigorous adherence to a set of criteria including provision of facilities and demonstration of staff activities and attitudes aimed at reducing stress in cats, both as in-patients and out-patients.

“We always want to make sure a trip to our clinic is as stress-free an experience as possible for our cat patients and their owners. By undertaking Cat Friendly Clinic accreditation, we’ve committed to delivering high standards of cat care, with compassion and expertise.”

Ourvets has clinics in St Albans, Halswell, Parklands and Riccarton, which cater for all animals – not just cats.

Ourvets has one of the South Island’s only veterinary CT scanners, as well as digital radiography, ultrasonography, in-house diagnostics and a team of highly experienced and dedicated vets and veterinary nurses across animal medicine, orthopaedic and soft tissue surgeries and oncology. Plus two luxurious catteries – a must-book for the pending festive season.

Meet Vanna! After being rescued as a kitten from a street in rural Thailand, spending six years in Phnom Penh, Cambodia and nearly a year in Malaysia, Vanna has had a lot of life experience. Now he oversees operations at The Clocks Bookshop in Strowan.

From his preferred spot in a sunny window, Vanna carefully scrutinised the bringing in of thousands of cooking, children’s and crime books (the three areas The Clocks Bookshop specialises in) when the store opened nearly a year ago.

Recently, he has kept a watchful eye over new shelving being built to accommodate a burgeoning range of fiction and non-fiction titles – the novel, The Dalai Lama’s Cat, is a favourite, as is A Street Cat Named Bob.

And now he looks on as still more children’s books (over 2000 titles in store), cookbooks (Polish vegetarian, anyone?), and crime books (general, classic, Scandinavian, hard-boiled, etc) roll in.

Vanna (Cambodian for golden coloured) is a happy fellow and up for a chat, so if you come in for a browse and he’s awake (unlikely!) be sure to say hello.

The Clocks Bookshop is located at 12 Normans Road, Strowan, Christchurch. Phone ahead on (03) 550 995, email books@theclocksbookshop.co.nz or check it out online. 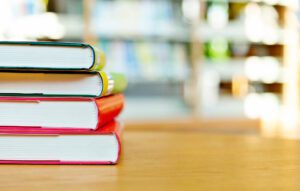 Wigram Vet and the Good Dog Spa’s Geoff Mehrtens tells Metropol how screening blood tests can greatly enhance a vet’s understanding of your pet’s health and uncover many underlying illnesses. 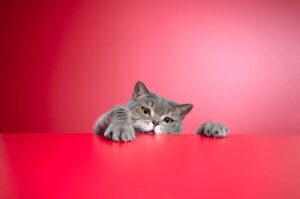 “Blood tests are great value for money and vets love having that background information,” says Geoff.

“Your pet’s blood tests could literally be a life saver.”

Geoff says many underlying diseases such as chronic renal or liver failure, hormonal diseases like Cushing’s Disease, as well as diabetes and hyperthyroidism (in cats in particular) can all live undetected to the untrained eye.

“Undetected these diseases can cause irreversible damage to vital organs. However, early recognition can allow early and successful treatment and management to allow your pet to live to a healthy old age.”

Whether it’s peace of mind or to investigate a concern, speak with Geoff and the team at Wigram Vets and the Good Dog Spa about obtaining a pet blood test. 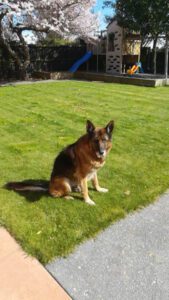 His owners were frustrated, treating the same issue, year-on-year with no progress.

A more in depth workup including blood tests showed that he was hypothyroid.

Max is now on the road to recovery. 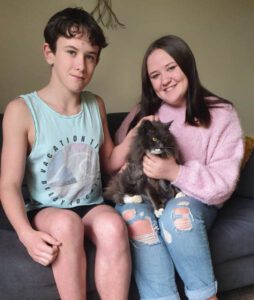 Cleo’s owners were at their wits end with her inappropriate urination, and ready to say goodbye. She was elderly, depressed, and losing weight.

Routine bloods confirmed that she was a diabetic. Now her diabetes is well controlled she is back to being a loving, revered member of the family. 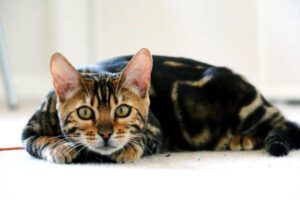 Bengal cats are intelligent and active with an amazing patterned coat. They make vocal, livewire pets who fetch – much like a Border Collie.

So, when Jasmine became quiet and withdrawn her owner, Rachel, knew something was wrong.

She brought Jasmine to us because her appetite declined and she occasionally swallowed as if nauseous. Vomiting sometimes, she sometimes ate normally, too.

As a veternarian, it is always challenging to investigate subtle changes in appetite and attitude. Do we go into full diagnostic mode when the patient is otherwise normal?

In Jasmine’s case, an initial examination gave us no clues except her excessive swallowing which is sometimes seen with pharyngitis and esophagitis. Jasmine hates oral medication, so nothing is easy with Jasmine.

Symptomatic treatment appeared to ease her discomfort initially, but two weeks later Jasmine was still mildly unwell and was beginning to lose weight.

Defecation was reduced but normal, and scans showed nothing significant.

A week later with no improvement and further weight loss – we were getting worried.

So, we used an endoscope to look at her pharynx, oesophagus and stomach lining. Everything looked fine.

While anesthetized, we took the opportunity to repeat x-rays and ultrasounds. Again, nothing untoward was noted.

Again, I felt her abdomen. What was that soft mass I could feel? It had a strange spherical roundness that I could not explain, was this the answer we had been searching for?

An ultrasound showed just a normal-looking gas shadow – but we had to find out.

An exploratory laparotomy revealed a smooth foam rubber foreign body had long defied our attempts at a diagnosis.

A small piece of rubber missing from the end of her favourite toy, it was the perfect size to gently block her intestine, and the bowel was still healthy as the foam was allowing some ingesta through. 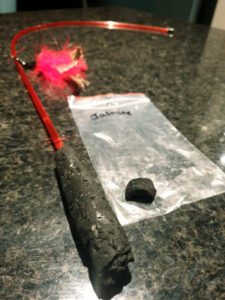