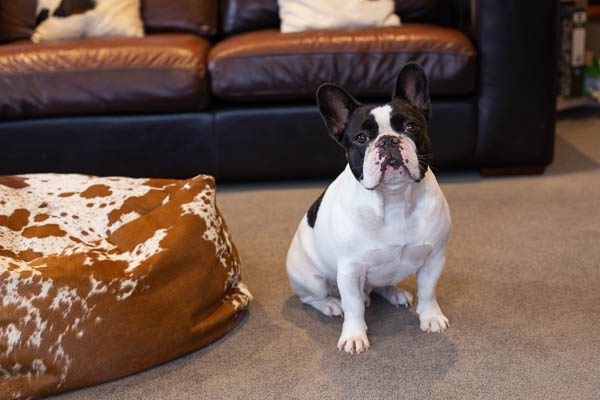 Although not all brachycephalic dogs suffer clinical signs of the syndrome, the incidence and severity of the breathing disorder has increased. Affected dogs must increase their inspiratory effort to overcome upper airway obstruction to achieve sufficient ventilation.

This increased effort creates high pressure that sucks the soft tissues into the airway passage resulting in swelling of this tissue and further narrowing of the airways. If left untreated, life threatening issues with major organs, including lungs and heart, may develop.

Respiration plays a crucial role in regulating body temperature. BOAS also affects this process, which is why many brachycephalic dogs overheat with minimal exercise, or on warm days. Another contributing factor to airway obstruction is obesity. Dogs with BOAS are often limited in their ability to exercise so are more at risk of becoming overweight. Excessive weight results in fat tissue surrounding and further narrowing the airway.

Dice showed many of these clinical signs and required his nostrils widened (alarplasty), his soft palate trimmed (staphylectomy) and laryngeal saccules removed from his larynx (sacculectomy) to improve his airways. Two weeks after his surgery a very happy Dice is back home with his family, who report there’s no more snoring, his exercise levels have improved and best of all, he’s breathing so much easier.