THE ASTON MARTIN DB11 IS ALREADY A FINE CAR, BUT IN THIS WRITER’S OPINION, A BIT TOO SOFT AND GT-ESQUE. 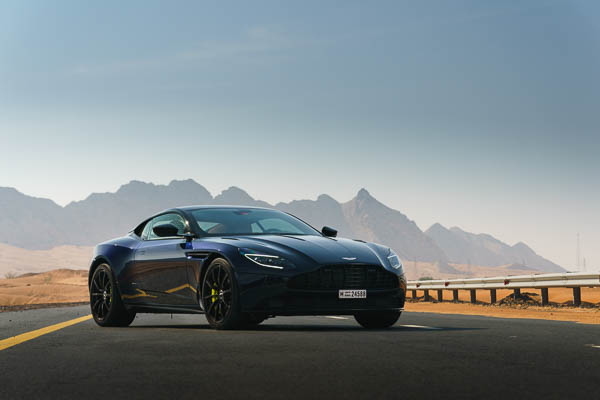 Aston Martin has gone two steps further to separate the V12 from the V8 in the line-up. Enter the $355,000 DB11 AMR; the Grand Tourer with the attitude that the DB11 V12 always should have.

Where does the AMR come in? These three initials stand for Aston Martin Racing, a name given to faster, race-inspired Astons of recent years.

The AMR also officially replaces the standard DB11 V12 in the range.

Coupled to Aston’s slick eight-speed-automatic gearbox, zero to 100km/h is dealt with in 3.7 seconds. Sure, you will be doing 11.4L/100km, but that is not why you bought one is it?

The AMR gets a larger front anti-roll bar, the rear suspension has been retuned to give a sportier feel, the dampers both front and rear have also been revised for the same reason, and that V12 is even louder.

Inside, you do get all the fruit as before, but the Mercedes switchgear and infotainment screen feel a tad out of place in a car which costs in excess of $350,000. Sure, it is very responsive and will do the job of working the nav, Bluetooth etc, but it just doesn’t feel bespoke enough for the AMR.

With a high transmission tunnel and hip-hugging leather chairs, you do feel rather cocooned by your surroundings. In fact, the driving position as a whole is nigh on perfect. Though, the lack of a glovebox is odd.

As per the Vantage, you can fiddle about with the damping and engine modes by pressing the two buttons on either side of the wheel, with three modes, GT, Sport and Sport Plus, available for

With a wheelbase of 2802mm, and 4739mm from nose to tail, the DB11 is certainly no point-and-shoot sports car.

That said, around town, the AMR, despite its sportier pretensions and feeling bigger than it actually is, manages to be quite easy to manoeuvre and doesn’t feel daunting by any means.

With the engine and dampers in GT mode, the AMR can eat up the miles, but in the flowing twisting country backroads, the AMR tweaks make themselves known.

You can carry a great deal of speed into each bend, with little effort required to coax it into the corner. Plus, when you lift off, the exhaust crackles like a far-off battlefield.

Switch the dampers and engine into Sport Plus, and the AMR gets serious. Those mods to the chassis and the suspension makes it live and supple.

Steering weights up beautifully and standing on the anchors means you come to a dead stop in quick succession.

The DB11 no longer suffers from middle child syndrome. The AMR package turns the DB11 V12 from a fine tourer into a seriously desirable sporting package.