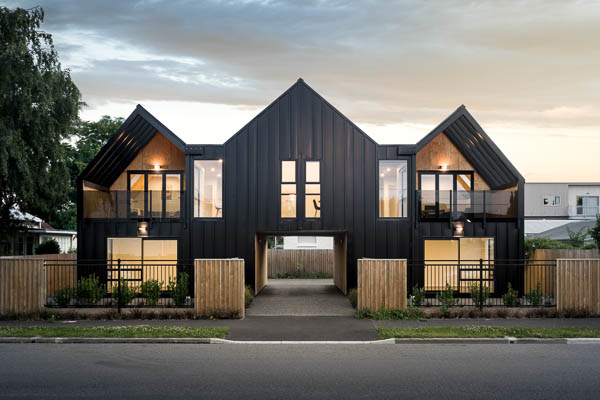 Six out of the 10 award-winning projects at the 2019 ADNZ Resene Architectural Design Awards, one of New Zealand’s most prestigious architecture awards, are by Christchurch designers. 145 entries were received from some of the most talented designers across the country. The awards were held on Friday 18 October in Queenstown.

A simple family home, ‘Gable Silhouette’ is all about the enjoyment of living. The aesthetic has been inspired by the early work of Sir Miles Warren and the architecture of Central Otago. The other award-winning project, created by Young, was the design of four one-bedroom apartments on a 405sqm site in the inner city, with judges describing the four tiny single-bedroom units as being of rare spatial quality.

Nic Curragh of Objects Ltd won the Residential New Home between 150m2 and 300m2 Architectural Design Award for his project ‘Red Rock Lane’. Nestled into a terraced hillside site in Redcliffs, this two-bedroom house has been positioned to enjoy the view east to the Southern Alps. All living spaces are accommodated on the first floor within two dark-stained cedar box forms. The more dominant north box, with its extensively glazed lounge, cantilevers out dramatically over a 13m lap pool and pool room.

Ben Brady of Linetype Architectural won the Residential Alterations and Additions Architectural Design Award for his Sumner project titled ‘Esplanade Alterations’. A light hand was required on this 100-year-old arts and crafts villa. Although already renovated and earthquake repaired, the home required an alteration with more foresight and a big picture perspective to make it suitable for modern life while retaining and enhancing its character features.

Judge’s said Brady had given the grand old house a new lease on life through an alteration that brings out its best.

“Restrained interior choices give it lightness and foregrounds the original features of the house. The entrance deftly makes a sculptural statement out of an inconveniently located tree. The house unfolds on arrival. A new spiral staircase in black steel at the rear of the house juxtaposes sympathetically with the white timber walls and leads to a detached studio.”

The Crowne Plaza by Robert Weir of Weir Architecture received the Commercial/Industrial Architectural Design Award. Weir Architecture was tasked with transforming an existing damaged office building into a new dynamic luxurious hotel. Featuring 204 spacious and modern hotel rooms, combined with the best views that Christchurch City has, the hotel sits proudly within the Performing Arts Precinct, bringing life and vitality back into the city.

Meanwhile, the 2019 Resene Colour in Design Award went to ‘Coffee Culture The Crossing’ by Chris Wheeler of Hierarchy Architecture. The judges said that the stunning, neutral palette evokes style, warmth and grace. 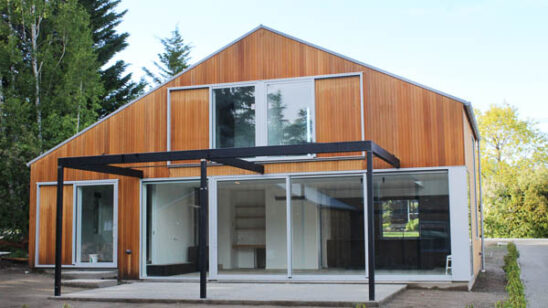 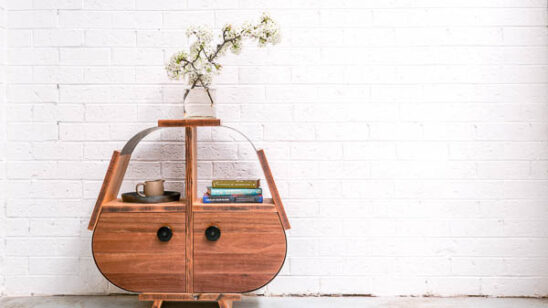