The Metropol team has long been honoured by the privilege to do what it does and this has once again been recognised on the national stage at this year’s New Zealand Community Newspaper Association awards. 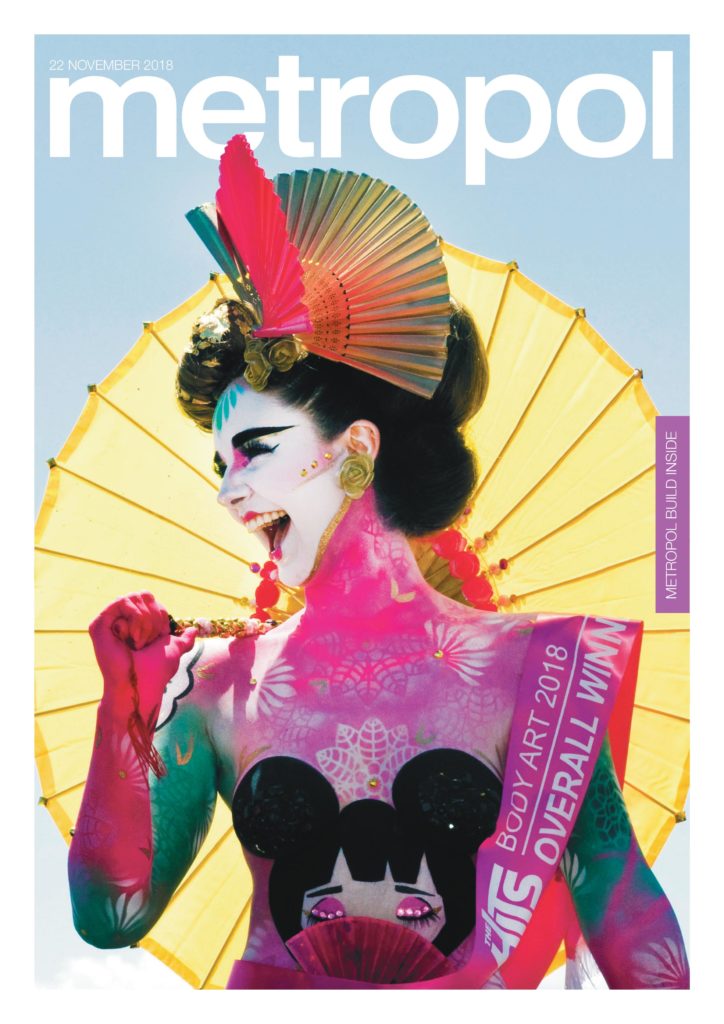 Metropol not only earned Runner Up for the Best Campaign and Runner Up for the Best Supplement for our 2018 Cup and Show Week special issue, it also took out the Best Cover (Magazines) category. The vibrant cover image was captured at Addington Cup Day 2018 by one of Metropol’s photographers, Jane Wyles. It shows Georgia Dubson who, with her sister Gemma Dubson, won the annual The Hits Body Art competition with their geisha-style creation.

Metropol editor Melinda Collins was proud of the awards, which celebrate the very best of community newspapers and magazines throughout the country. “I am extremely proud to be a part of the Metropol story as we embark on the next chapter of our publishing story and work towards the next milestone.”