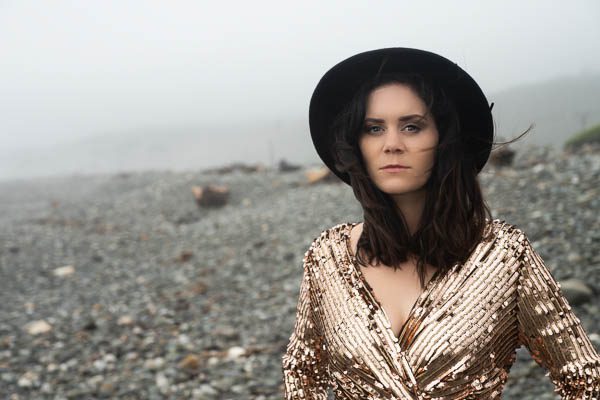 Singing since 14 years old, Katie has dedicated her life to the backbone music of her home ground. She moved to Christchurch in 2012 with her husband, for the rebuild – and now the 32-year-old has just released her third album.

Two songs were released ahead of the album; Alcohol and Pills is the only cover song. Her grandad stars in the punchy song’s video, because his ‘coaster’ character caught the videographer’s eye. The second, I Was Once Your Everything, is a rendition of raw emotions, from her aunty and uncle’s marriage break up. And her spirited two-year-old daughter Frankie was reason to co-write Precious Little Moments with Liv Cochrane from Into the East – also with a new baby.

Katie’s favourite song on the album is Straight Talking Woman. “It’s hilarious – I love singing it,” she laughs. “It’s a surprise in the mix – the wild card. The lyrics include all the labels I’ve ever been called, such as ‘subtle as a freight train!’”

With two previous albums Tall Poppy and Impossible under her belt, the award-winning country gal was supporting act to Elton John in Dunedin 2011 to boot. After a decade mastering her music, she’s now well-poised to give it her all. Katie also works helping Kiwi musicians’ market themselves.