He’s broken his back in three places and suffered a serious heart attack, but Jason Gunn isn’t letting life get him down. 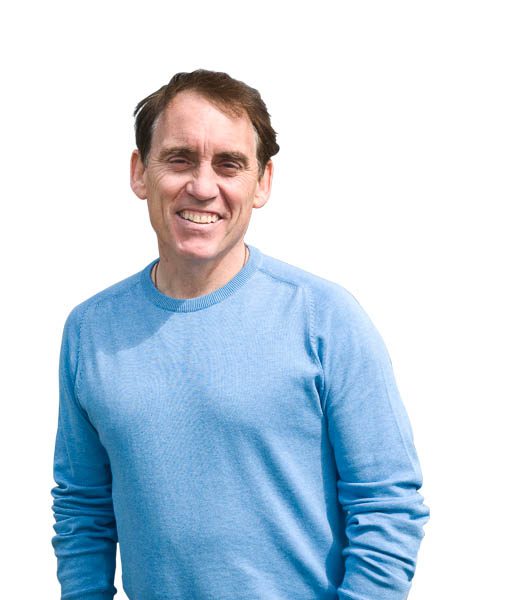 Jason laid it all on the table for a packed audience at Alpine View Lifestyle Village, courtesy of their TRILife Talks Wellness Programme last month; the ups, the downs and everything in between.

Living life in the limelight since he was 18 years old, he recounts his high profile career; the best part he says, was children’s television, something which also enabled him to bring joy to sick children in hospital.

The first was a young girl he’d been asked to sit with for 20 minutes to cheer her up. Those 20 minutes became four hours, pushing her around in a wheelchair and drawing her funny cartoon pictures.

About 10 years later, when he was making another show in Wellington, a young girl races up to him and says, ‘Hi Jason Gunn, I don’t know if you remember me, but you came to see me when I was young and my mum said you gave me the will to live!’

Two years ago, Jason’s daughter Faith moved to Dunedin to do a degree in photography. A young woman had come over to check out the flat and Faith agreed she could have the remaining room. Just as she was leaving, she pointed to some drawings and said ‘what’s that?’ Faith said, ‘I was just doing some drawings that my dad taught me to do and the young lady said, ‘is your dad Jason Gunn?’

“So for the last two years, that little girl I went and saw in hospital has been looking after my little girl in Dunedin. Sometimes when you do a little bit of something for someone else it comes around again.”

Jason went from children’s television to prime-time television, which is when Dancing with the Stars came in. He got to meet some interesting people, including Tim Shadbolt, Rodney Hyde and Paul Holmes.

Jason describes Sir Tim as a genius and says you could ask him anything and he would manage to turn it around to Invercargill. He describes meeting Sir Paul Holmes as “an honour”.

Some time later, there was a new show in town, New Zealand’s Got Talent, hosted by Tamati Coffey. A newspaper review said, ‘finally we’ve got the Jason Gunn we always wanted’. Jason received two messages on his phone that night. The first one said, ‘don’t ever forget son, there will only ever be one Jason Gunn’. The next new message was one minute later, ‘oh s**t sorry, I forgot to say, it’s Paul’. It was just two weeks before Paul passed away.

Jason also recounts the infamous Rodney Hyde drop. “They got the lowest score in the history of Dancing with the Stars which included a one and a one and a one, which Rodney pointed out to me was the number for St John – their chosen charity!”

It’s not just Rodney that has been accident-prone. When staying in Queenstown in 2016, helping a neighbour out by squishing rubbish into the wheelie bin turned ugly when he broke his back in three places. ACC actually contacted him to say thank you.
“They said ‘last year, Jason, there were over 717 injuries due to wheelie bins, but after your accident that’s down to 600’, so I made a difference!”

About two years ago, his next hospital stay was a bit more serious. The gym attendant was convinced Jase had been pushing it too hard, so he drove himself back to work where his wife convinced him to see a doctor, who called an ambulance immediately. It was a heart attack and required an operation to get a stent put in.

Along with photographer Faith, there is Grace, an actress who appeared on Shortland Street for two years playing nurse Lucy; Eve, who was previously one half of the long running TVNZ youth programme The Adam & Eve Show and is currently working with Jason in his new speaking business, until she heads off next year to do a psychology degree; there’s Louis who loves his cricket and rugby; then there’s his wife Janine who runs everything – the house and the business.

A doctor in hospital after his heart attack told him that he now had permission to change anything in his life – change house, change wife… and while he has had no desire to change either of those things, there have been some changes.

He’s been spending more time with his family, he’s doing less radio and television and he’s started his own speaking business so he can work on his own terms.

Now he’s getting to meet all sorts of people to help them with their speaking and his biggest dream is to get into schools and teach children. And you just know that with an attitude like Jason’s, he’s going to get there.