You’ve been told your whole life about the importance of clean eating right? Well what if you’ve been taking the concept of clean eating wrong this whole time? Dirty Dozen Clean Fifteen is a clever little ditty that tells us that some of our veges are clean and some of them are not so much. We break it down for you. 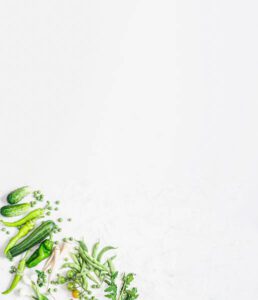 We all know the importance of eating fruits and vegetables, but we often disregard how the produce was grown.

Take pesticides, for example. There’s a huge body of evidence that links these nasty chemicals to a variety of health concerns.

The Dirty Dozen refers to 12 most ‘dirty’ crops, or those which farmers use the most pesticides on.

Alternatively, the Clean Fifteen refers to 15 crops that use the least amount of pesticides.

It’s not just a random guess, nor is it static data; the list is compiled from an analysis of the United States government’s Pesticide Data Program report, a pesticide residue monitoring system enacted back in 1991.

A new report is released every year and, although most of the information stays the same, sometimes crops come in at different numbers depending on varying pesticide residue levels.

Importantly, these handy little lists determine which fruits and veggies you should be buying organic, where possible, making your next grocery shop that little bit healthier.

The Dirty Dozen defines the top twelve crops that farmers use the most pesticides on, and therefore have the most pesticide residue when the reach the shelves of the supermarket – despite being washed beforehand. The EWG recommends buying organic:

While it’s also wise to buy the Clean 15 when it’s organically grown, these fruits and vegetables are recorded as having little to no pesticide residue in a conventional setting: