Accolades continue to roll in for Christchurch architectural designer Barry Connor and his Skylark Cabin project.

During the recent 2021 Canterbury/Westland ADNZ Resene Architectural Design Awards, his design for the cabin was highly commended in the Residential New Home up to 150m2 Category.

Skylark Cabin (pictured), nestled among the foothills of the Ben Ohau Range, is a tiny home big on design and creature comforts, and just the start of a larger project on the site.

The Awards’ judges say it is “a beautiful design that has been well laid out and located on an exceptional site.”

They add that the strong roof form relates sensitively to the mountain context, while the low profile and material palette works well in its setting within the powerful landscape. An oculus adds a great finishing touch offering an incredible view of the night sky. 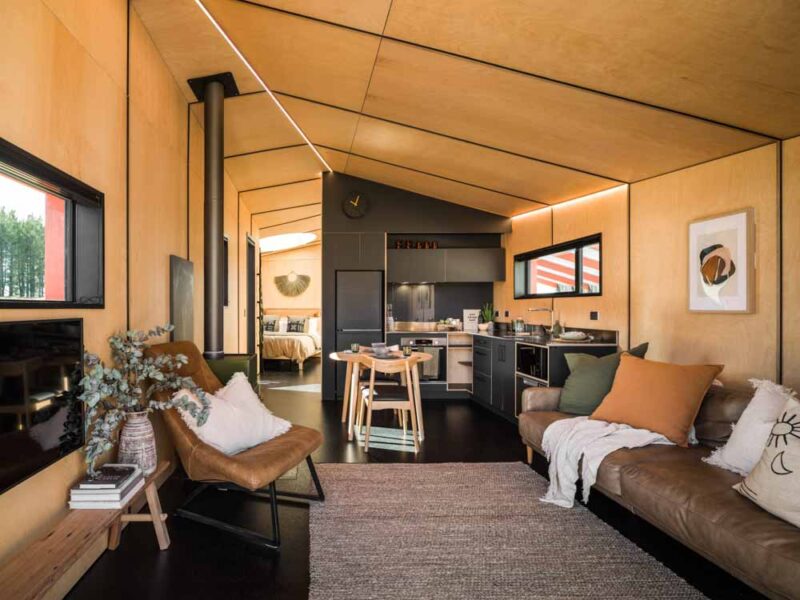 The client’s brief, says Barry, was for a simple retreat with honest materials, a place to quite literally soak up the landscape with a focus on effortless relaxation.

The exterior is cloaked in a band-sawn larch timber rain screen which represents the idea of a bird’s nest, while the interior comprises beech ply, with simple shadowline negative detail and the use of light beams to accentuate lines.

Seemingly randomly placed windows frame spectacular mountain views during the day and at night a circular skylight over the bed provides views of the prized and protected Mackenzie Aoraki Dark Sky Reserve.

His design has the cabin’s underlying form as two offset open plan spaces.

“One contains the bedroom and bathroom and is positioned to allow morning sun in both winter and summer to filter through. These spaces are orientated towards The Black Hills and Backbone Peak.

“The other holds the kitchen, entry and living areas with closer views of the Ben Ohau range. The angle of the offset was derived from plotting specific views from certain activities; lying in bed, washing the dishes, having a shower, sitting, standing. The folded form also nods to the distinctive aerial display of the local skylarks with their angular, precise, and purposeful acrobatics.” 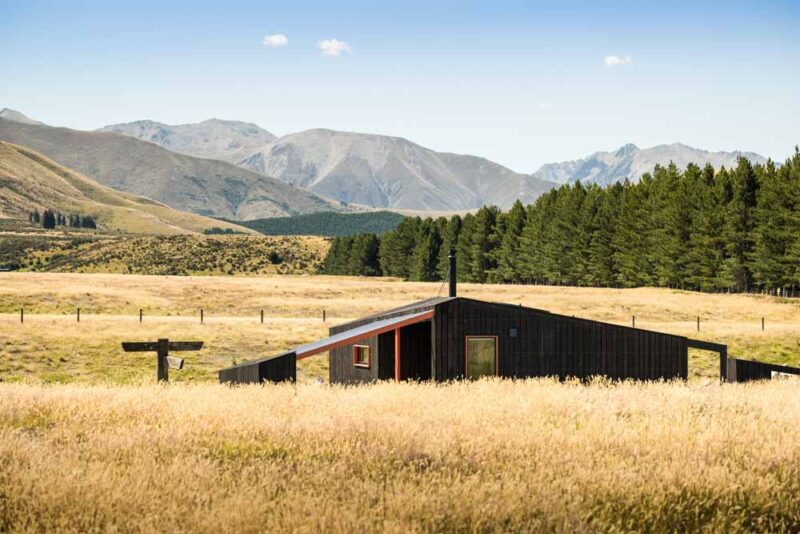 Barry says regulations allowed a minor dwelling no more than four metres in height and 50sqm in total, hence Skylark Cabin, which is the first stage of an ongoing two to five year vision for the site.

Future development of ‘The Burrows’ will include a cluster of partially buried 20-foot shipping containers converted into luxury cabins, interconnected to a main living area. The eventual placement of the main dwelling was a factor considered when siting Skylark Cabin. 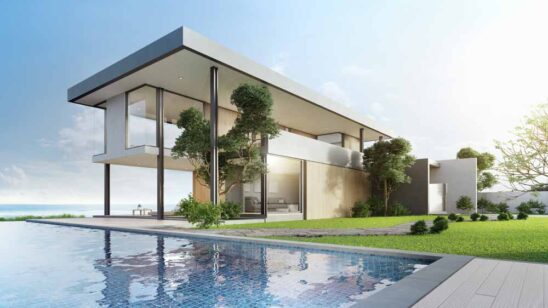 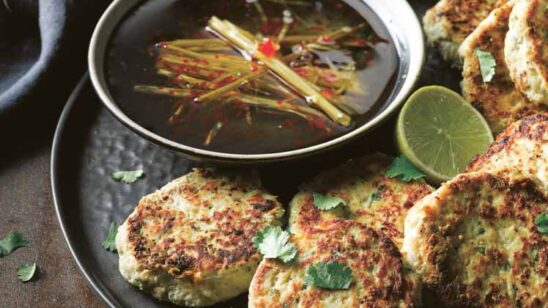