At The Monday Room, cuisine is about so much more than food – it’s an experience. 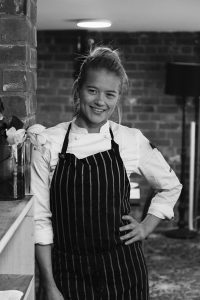 Heavily influenced by her Finnish background, Head Chef Eeva Torvinen uses techniques that include curing, brining and pickling, while Finnish flavours such as berries, buttermilk, liquorice, rye and malt bring flavour to the ingredients.

“I want to create dishes that make people talk while they dine.”

Metropol talks to Eeva about the dish and Wine Consultant at Wine Sentience, Stephen Wong finds its perfect pairing.

An earthy umami flavour from the forest floor, it features a creamy mushroom pate and curded egg yolk; salty, rich and unctuous, intensifying the flavour of the yolk.

The raisin almond oil adds a sweet, dense crunchy texture. The cranberry pearls are sour; exploding with a burst of flavour in your mouth. All is set on the soft and buttery richness of the brioche. 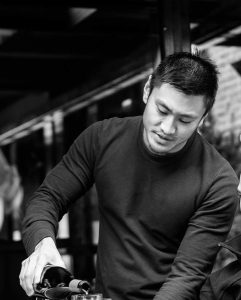 According to Wine Consultant at Wine Sentience, Stephen Wong, the earthy, yet sweet flavours are an interesting combination. “At first glance, they suggest a red wine, but for the summer season, exaggerating a dry, earthy and dense flavour profile doesn’t make sense.”

He has opted instead to frame the earthiness through contrast, choosing to complement the acidity, the almonds, brioche and the curded yolk with something fruity, sweet, slightly chilled and white. Inspired by the concept of forest foraging, Wong has selected Guy Porter’s field blended white, the Bellbird Spring Home Block White 2015.

“The honeyed character it displays works perfectly with a buttery brioche and the intensity of egg yolk. The savoury, aged characters resonate with the mushroomy base of the dish and highlight its inherent sweetness through contrast (think of how salted caramel and savoury desserts work).”