Charity initiative Drive for Good ended in style at Archibald Motors, with three local charities taking home a share of $100,000 at a vibrant celebration in the showrooms on Tuam Street. Seven more charities were gifted equal shares in $50,000. Cantabrians clearly relished the chance to show support for their chosen charity, with more than 21,000 votes cast by the public during the three-month long initiative. 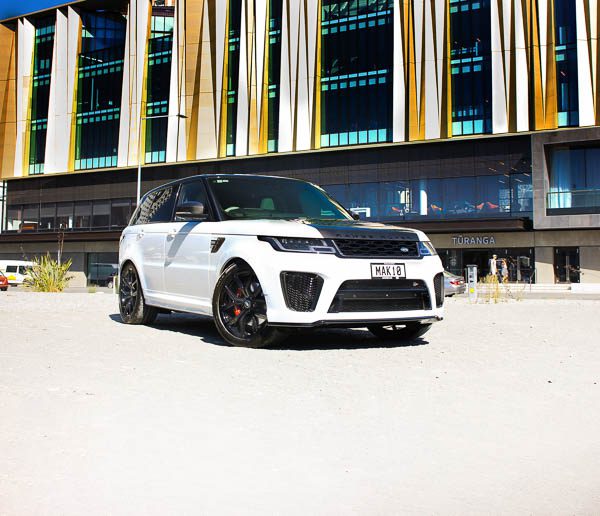 Archibald’s Managing Director John Fairhall was full of praise for the way the organisations had engaged with the initiative. “It has been an honour for us to get to know the ten charities better and see the work they do to make Christchurch a healthy and happy place to live,” he says. With a final tally of 4,512, The Champion Centre was the recipient of the greatest number of votes, earning a staggering $50,000 for the charity. Canterbury West Coast Air Rescue Trust and Ronald McDonald House South Island received second and third place respectively, each receiving $25,000 towards their causes.

Although I was there for the charity event, the well-placed array of Porsche, Jaguar and Range Rovers caught my eye. After all I was sitting next to a Range Rover Sport SVR, with its Yulong White Metallic with Carbon Exterior Kit and Panoramic Sunroof flexing its carbon fibre exterior and stunning 22” 5-split spoke gloss black alloys. It took my attention substantially after formalities had ended. Kudos to you Archibald’s, you are an automotive company with a Cantabrian heart.