The Gatehouse marks the entrance and first stage of Latimer Central – a coveted inner-city residence, built to endure decades, with a total of thirty-four apartments. 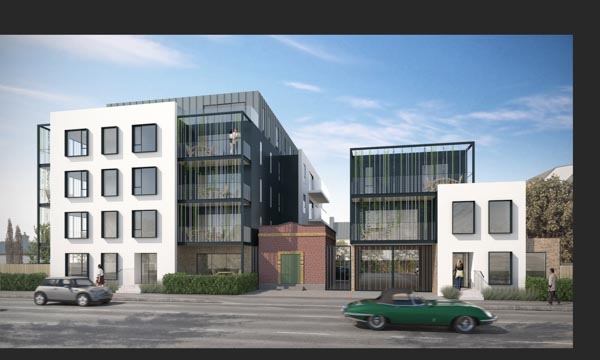 With a drive-through portico, the Gatehouse includes four apartments, leading through to the second stage of this Street and Cook Construction development, its brick veneered ground-floor level reflecting history. The Main Building will be four stories high and feature 30 apartments. The new inner-city landmark’s black and white contemporary forms were designed by Context Architects and built with the seismic strength structural steel.

After moving down from the company’s Taranaki headquarters, Brad built his family home in Kaiapoi.  “The appeal of working here is our subcontractors. They’re absolutely brilliant. And Christchurch has a good vibe and can-do attitude.” Director John Street has fronted the company for over 35 years. High standards are the foundations of his business, achievable by retaining a small operation.

Street and Cook already shines on the construction radar after building the Garden City Helicopters Aviation Centre, which was awarded Gold at this year’s New Zealand Commercial Project Awards, in recognition of excellence in workmanship, construction practises and innovation.