As a child, she dreamed of living in her very own castle. Some fifty plus years later, after decades of hard toil, Dot Smith, Queen of Riverstone Castle in Oamaru, finally realised that dream. 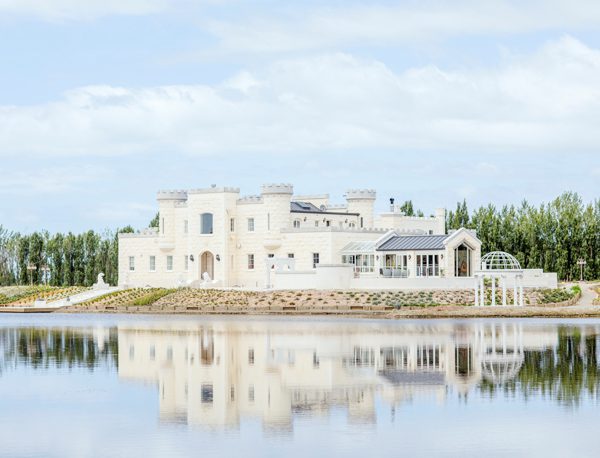 When did you decide to fulfil your childhood dream of having your own castle?
The day I turned 60 – February 19, 2008. I thought if we were serious about building the castle, we’d better get started and I was right.

Who helped bring your castle to life?
Sarah Scott was my architect and, along with UK staff member Jenny, who knew loads about castles, we designed the castle from aspects of several different castles that I liked.

What difficulties did you face during the build?
Mainly rules and regulations. At the time of building, the law stated we could have five guests and build as a private house. As we’ve four ensuite rooms, I applied for eight guests. That put me into a hotel category. The fire-doors and regulations were extremely costly.

How did you overcome these obstacles?
Once the project was underway, there was no turning back. I worked with builder Mike Spier on every aspect, and was always there to watch progress and provide innovative ideas when problems arose.

Describe sleeping in your castle

We’ve a beautiful bedroom. At night we turn the main lights out and switch the star lights on. Watching the stars twinkling on our ceiling is pretty special. Very different from our farm cottage of 35 years.

Do you ever have ‘pinch me!’ moments?

Yes, with the changing moods of weather. On still nights, the sunsets reflect a mirror image of the lake. On misty mornings, the castle appears like a ghost through the mist. That’s when I think how lucky I am to look at such a beautiful building.

What landscaping remains to be completed?
A bridge is to be built across to the island, so that eventually the castle will stand alone, surrounded entirely by a lake.

What gives the Chatelaine of Riverstone Castle her happiest moments?
Showing visitors around the castle makes me very proud. People nowadays build open plan homes, whereas I love rooms that aren’t the same. Every room is different here – some traditional, some modern, some extravagantly decorated and some relaxing.

What’s your vision for the Castle and Riverstone 20-30 years from now?
Neil and I will be getting our telegram from the King! The castle’s been built to last hundreds of years, so I hope it will always be known as Granny Smith’s Castle.

Eventually it will become a guest B&B; that way we’ll meet interesting people who will hopefully keep us young.

The Riverstone complex grows every year. This year we have to do major renovations to bring the main shop up to fire and building regulations.

We will build a farm shop selling our own and other local farmers’ produce. The future of Riverstone is ever changing.