Foodbank Canterbury is a non-profit food rescue charity that’s been flying under the radar, salvaging perfectly safe, healthy and usable food that would otherwise be destined for landfill and redistributing it to organisations that support those in need. 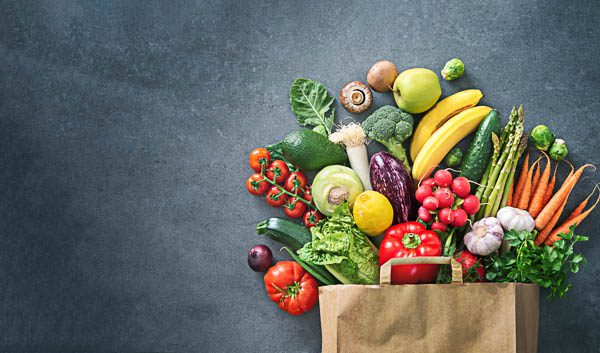 Three-and-a-half years ago, after having seen and experienced the impact of food rescue overseas, founders Janice and John Milligan set to right the wrongs of food wastage in Canterbury, simultaneously providing charities, missions and schools with large quantities of food. And so the story of ‘City Harvest’, as it was established as in 2016, begins.

Starting with a first pick up of just 15 sandwiches, Foodbank Canterbury now collects and distributes an average of two tonne of food a day – that translates to thousands of meals every week. So far this year, over 1.2 million meals have been provided to those in need. “By volume, now we are possibly the largest food rescue relief organisation in the country,” John says.

Working closely with supermarket chains, friendly farmers, individual businesses and wholesalers, and even the Christchurch Men’s Prison, John, Janice and the team of five staff and about 200 trained volunteers operate out of the old Kilmarnock Enterprises building in Riccarton. A brand new Timaru Foodbank is also managed by John and Janice.

Pallets of fruit and vegetables (even avacados!), dairy and meat products, dry and baked goods – the variety is truly outstanding – are sorted to make sure everything is fit for human consumption, and if anything is off, it goes to a local pig farm. “We have a list we get from the Ministry which tells us how long stuff lasts, so things like yoghurt can last a month beyond the date, but no one is going to buy that in the supermarket, so the shelf value is nothing,” John says.

The food is then distributed to 104 front-line charities and organisations such as St Vincent de Paul, City Mission, the Otautahi Community Housing Trust and Delta Community Centre, among others. Food also goes out to 12 school systems to feed hungry children.

Although Christchurch is the main focus, they work as far as Rolleston and Darfield, and also distribute some produce to their Timaru Foodbank and also the West Coast, where they plan to set up a third facility in the future.

John says their mission is to pick up as much as they can, and distribute it as quickly as possible. “90 percent of the stuff we get in is moved within 24 hours. We don’t hold on to it. We just bring it in and get it out.”

By diverting the food from landfill, the Foodbank Canterbury is not only helping to nourish those in need, they are also nourishing the environment too. “It causes a phenomenal reduction in methane gas from the landfill, and that’s to the benefit of everybody because it makes our air better,” John says.

Foodbank Canterbury was acknowledged for their incredible work at the Westpac Champion Awards 2018, where they were presented with the Champion Community Impact Award and Small Enterprise Supreme Award. In their acceptance speech, John quoted that approximately 21,000 kilograms less emissions were coming out of our landfills per month due to Foodbank Canterbury’s work.

As a 100 percent non-profit organisation, Foodbank Canterbury requires $400,000 a year just to keep going. “We get very little financial support from the government, both local and central, and yet the impact of Foodbank’s work in the community is worth almost 110 million dollars annually,” John says.

If you would like to donate food, funds or time to such an important cause, head to www.foodbankanz.org.nz.