The man out for a walk came up to me and asked, “wow, how many houses is this thing worth?” The ‘thing’ in question was this 2008 Lamborghini Gallardo Spyder. 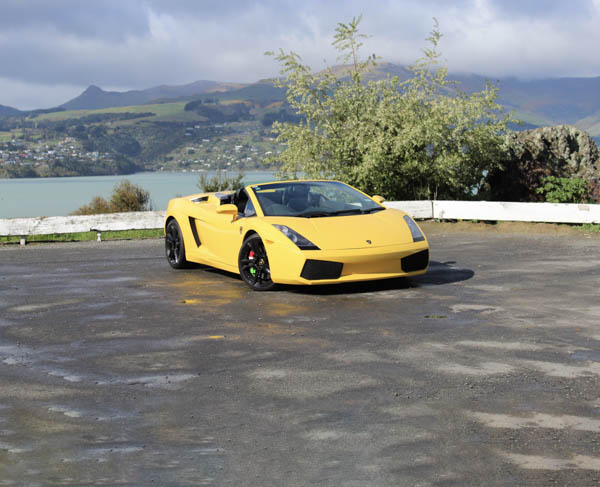 When the Gallardo was launched in 2004, it was Lamborghini’s first small car since the 1980s’ Jalpa. It would go on to become Lamborghini’s most popular car ever, with 14,022 being produced before production ended in 2013. Countless special variants also evolved, such as the gorgeous open-top Spyder. Designed by Belgian, Luc Donckerwolke, the Gallardo’s lines still look crisp and modern. Sure, there are no scissor doors, but the Gallardo still makes for a stunning looking piece of kit. Sitting inside, you are surrounded by a sumptuous cabin. Plus, the rampaging bull on the steering wheel is a stark reminder of Taurean company founder, Ferruccio Lamborghini.

As the Gallardo was made under Audi ownership, the switches and buttons for the centre console all come from the A8. Everything has a quality feel to it, from the sat nav to air con. Though in the Spyder, the best air con comes from putting the roof down.
Twenty seconds later, with the roof stowed away behind you, it’s time to hit the blacktop. Turn key and the 5.0-litre V10 with 382kW, awakens. This beating heart, coupled with either a six-speed open gated manual, or paddle shift E-Gear gearbox, allows the Gallardo to reach the national limit in 4.3 seconds and see the far side of 315 km/h flat out.

The Gallardo Spyder is still a true automotive adrenalin pump, thanks to acceleration that would re-arrange your fillings, gorgeous looks and that amazing spine-tingling noise. A grand day out it certainly was.