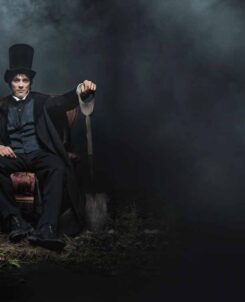 It promises to be a thrilling, electrifying night when the curtain rises on The Court Theatre’s production of Frankenstein. Described as a “hell of a production” by The Times, the play first opened to London audiences in 2011, penned by British playwright, Nick Dear, who adapted his play from the novel by Mary Shelley. The […]