Calling all children of Canterbury! Time-traveller Professor Harriet Wells is coming to The Court Theatre and she wants you to join her as she travels back in time to meet a T-Rex dinosaur, then travels forward in time to meet a talking robot! 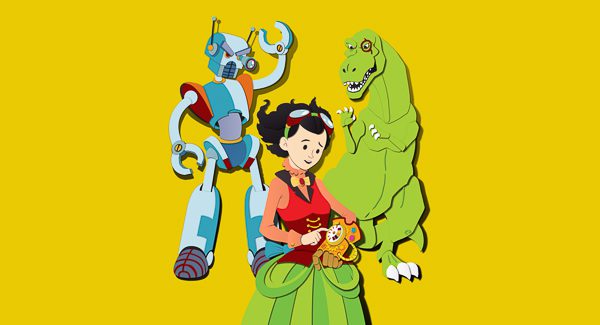 Professor Wells, played by Hillary Moulder, and her assistant, Eloise, played by Monique Clementson, embark on their adventure after Wells’ patron, Lockbottom, played by Dylan Frewin, demands that Harriet proves her time machine invention works. Director Ben Freeth says Time Machine covers all sci-fi bases. “You don’t normally get sci-fi in theatre, let alone in a play for kids, so it’s something different!”

With Time Machine marking the actor’s directorial debut for The Court’s mainstage, Freeth’s vision is to challenge the audience’s imagination, introducing them to creatures they’ve only dreamed about.
“What I want to capture is a bit of theatre magic; things that make the kids ‘ooh’ and ‘ah’! I want to provide moments of spectacle.”