Ice Skating is not a well-known sport in New Zealand, but a Christchurch teenager is carving out an exciting career on ice. 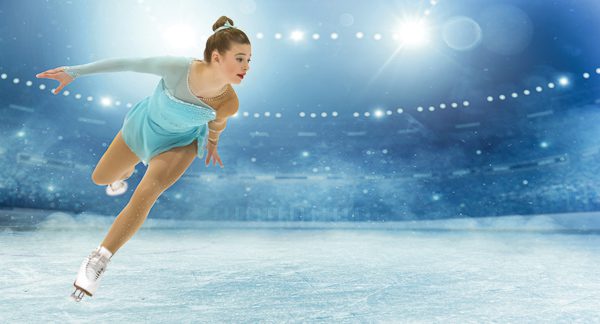 Milla Newbury “was born to move,” her mum Miranda says. “At four she loved ballet and dressing up – a wee showgirl.”  Miranda, who grew up in the Netherlands skating to school in winter along the canal, took five-year-old Milla to Alpine Ice rink two weeks after the February 2011 earthquake. Milla fell over, someone skated over her fingers and it was a quick trip to A&E. But a fortnight later she wanted to go back to the rink and joined the KiwiSkate programme, which quickly progressed to two sessions a week – “absolutely loving it”.

Then at the rink’s Christmas on Ice performance, coach and former international competitive skater Liz O’Neill picked her out of the crowd. “The now seven-year-long relationship between us has been amazing,” Liz says. “It’s a very expensive sport, and there’s no funding. Ice-skating teaches focus and hard work. It’s not just pretty spins and dresses – it’s skating on knives. Milla might have to repeat a certain thing 100 times, but she never gives up. You have to have passion to do this sport.”

Milla was a cute Olaf and Liz was Elsa in the 2016 performance of Frozen. She combined her private coaching with group sessions – a great way to connect with other skaters in which can otherwise be quite a lonely sport. Now 13, Milla competes in freestyle ice-skating – choreographed jumps and spins, “which is like a cross between ballet and gymnastics”.

She qualified and competed at New Zealand Ice Figure Skating Championships in 2017 and 2018 (Nationals) and won Silver at last year’s South Islands Figure Skating Championships. “I get up at 5:15am and train mornings or afternoons every week day, to qualify for this year’s nationals,” Milla says. “I now find it easier than walking! The ice kind of feels like my home.”

A dedicated student, she often takes her homework to the rink. Skating all week, she tries to keep the weekend free and also enjoys hip hop dance. The busy Year 10 student is also a Junior Associate at The Ballet Academy at St Andrew’s College, which similarly requires flexibility and strength. At 178cm tall, she’s also in development training with Portfolio Model Agency, with an ARA fashion show already under her professional belt.

This year she is expecting her sporting career to really take off and now has more comfortable, perfectly fitting ice-skating shoes. Miranda recently learnt the technique to mould them to fit and now does the same for other skaters in the club.

Milla has skated at the Grand Palais in Paris, Dubai Mall and The Hague, and says the bullet spin is her favourite element. “My goal is to travel the world and to skate everywhere, and either teach or coach,” she says.  “I want to keep skating forever – but for now I’m focusing on getting through my next grade test this month.”