This summer at The Court Theatre promises to be a sizzling one when iconic rock musical Jesus Christ Superstar takes to the stage on 24 November. 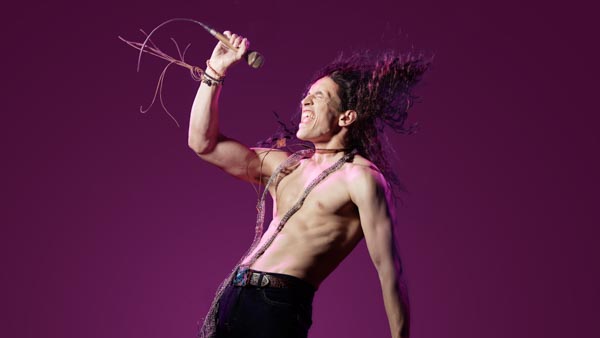 Written by dynamic rock opera duo Andrew Lloyd Webber and Tim Rice, it packs just as much punch now as it did in the 70s.
“Of all of Andrew Lloyd Webber’s musicals to bring to our stage, we felt this was his most enduring, and indeed his most exciting,” The Court’s Artistic Director, Ross Gumbley, says.

Director Stephen Robertson says his vision is to partially take the production back to its 1970s roots while maintaining a contemporary feel. “It was written as a rock opera, so the music and sound are being designed to honour this,” Stephen says.  The story centres on the last days of Jesus’ life with point of view coming from Judas Iscariot, the disciple who betrayed Jesus. Through his eyes, the very human soul of Jesus Christ is revealed.

Nic Kyle (whose last performance at The Court was in the 2012 production of Grease) takes the leading role of Jesus, while Caleb Jago-Ward plays the infamous Judas Iscariot, and Monique Clementson plays Mary Magdalene. With musical direction by Richard Marrett, The Court Theatre brings this timeless musical to life with 27 singing and dancing superstars. “I don’t know that I’ve heard a stronger singing ensemble than the one we have for Jesus Christ Superstar,” Gumbley says.