While the 2010 and 2011 Canterbury earthquakes were not New Zealand’s largest seismic events in recent years, they resulted in the most damage and loss of life. The Canterbury sequence also put a renewed community focus on earthquake engineering and the strengthening of structures.

Metropol Build talks to Mainmark New Zealand technical manager Theo Hnat about the new approaches to structural strengthening and what they mean for building owners. 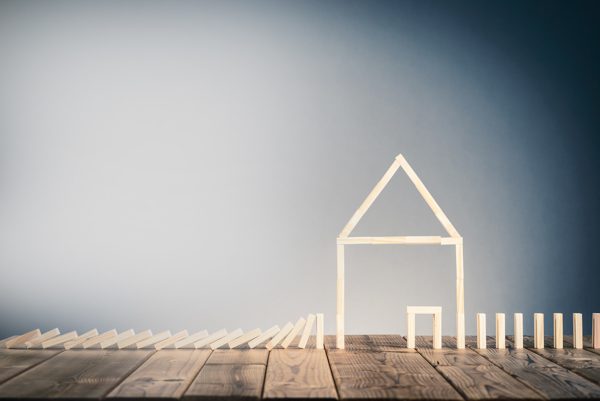 The Building (Earthquake-prone Buildings) Amendment Act 2016 (EPBA) was introduced on 1 July 2017, coinciding with the updated New Zealand Society for Earthquake Engineering assessment guidelines.
The EPBA provides leadership and direction regarding risks to public safety posed by existing buildings, and brought major changes to the way earthquake-prone buildings are identified and managed under the Building Act. It also educates building owners and tenants about seismic performance and risk.

The EPBA categorises New Zealand into three seismic risk categories under the New Building Standard (NBS) and sets timeframes for building owners to identify and take action to strengthen or remove earthquake-prone buildings.

The challenge for building owners undertaking earthquake strengthening works to existing buildings is to consider both ground strength and building behaviour so that the most cost effective and long-lasting solution can be identified to improve the %NBS.
The past two years has seen growing awareness about the interaction between building structures and soil during an earthquake.

EARTHQUAKE STRENGTHENING OF BUILDINGS HISTORICALLY FOCUSED ON THE VISIBLE STRUCTURE

Apart from ground improvement, the strengthening solutions are structural approaches that seek to either increase flexibility or strength, or decrease deformation and displacement of the building, without addressing the behaviour of the soil. For building owners seeking to achieve a higher %NBS, it is recommended to engage both geotechnical and structural engineers when considering the best approach.

Photos from the 1964 Niigata earthquake, with buildings lying on their sides, demonstrated structures strong enough to withstand the impact of an earthquake on poor ground. It is important to remember that much of the damage observed in Canterbury was due to poor performance of the ground rather than the strength of the buildings.

Since the Canterbury earthquakes, ground improvement research trials have shown that resin injection can demonstrably improve the density and stiffness of earthquake affected ground and increase the resistance of soils to liquefaction. The full research report is now available on the New Zealand Geotechnical Society online library, and is included in MBIE Module 5: Ground Improvement of Soils Prone to Liquefaction.

New Zealand is no stranger to seismic activity and Christchurch residents know only too well the importance of structural integrity. Widespread liquefaction has affected countless building foundations in the region, including the Kamahi Apartments, an eight-storey residential apartment building in Merivale. 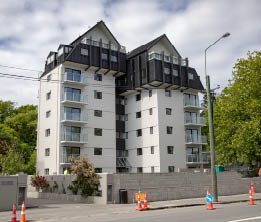 When Bruce McDonald from KCRB Ltd purchased Kamahi Apartments, geotechnical engineers confirmed that the building needed to be re-levelled and structurally strengthened to meet the New Building Standard (NBS). Due to the building’s height, Bruce wanted absolute confidence when taking steps to achieve 100 percent NBS. Having remediated hundreds of structures affected by seismic liquefaction, including the Christchurch Art Gallery, ground engineering specialist Mainmark had proven longevity, expertise and trusted solutions.
“Mainmark came up as being the major player based on reputation, results and confidence in a good outcome,” Bruce says.

Thorough geotechnical investigations of ground conditions identified there was adequate stability to proceed with re-levelling the building, which had suffered differential settlement. Mainmark technicians worked around the clock to achieve the required level tolerances across the entire building’s footprint, completing works before Christmas 2017. This then allowed extensive renovation and refurbishment of the Kamahi Apartments to be completed, preparing the building for occupancy.

Based on his experiences, Bruce recommends avoiding assumptions when it comes to structural safety. “Make sure you ascertain the current capability in the ground as well as the building, so you can get the right people to quote the right remedies relevant to your site. If you try to take a shortcut that needs to be fixed retrospectively, it can be very costly.”