The Christchurch business woman and her husband Tim have recently finished a massive three-year renovation project of the Brittens’ historic family home in Matai Street, severely damaged in the 2011 earthquakes. From the moment you step through the street facing oversized coal-black doors you can see the couple have achieved something truly special and a dream home to be proud of. But turning their dream into a reality was painstaking work and one big “juggling act”, says Tim, who sold his insurance brokerage business half way through the build to take on the role of project manager.

“We couldn’t bear to see it pulled down or sold. If it had been sold we would have lost it forever.”

“I was here two to three times a day so it wasn’t fair on my clients,” Tim says. Throwing himself into the project, he lost 7kg and plenty of sleep. “I get a lot more sleep now it’s finished,” he laughs. A derelict stable block, John Britten purchased the property in the late 70s and refurbished it into a home for wife Kirsteen and their three children (Isabelle, Sam and Jess). It’s also where the mechanical engineer designed and built his world-record-setting V1000 motorbike. He died at age 45 from skin cancer in 1995. The family were forced to abandon the home when it sustained serious damage in the 2011 earthquakes, and shortly after Kirsteen moved out to Northbrook to live with Isabelle and Tim, taking only salvageable items from the crippled home.
That looked to be the end of the Britten estate as discussions around demolishing it began. “Izzie turned to me and said we should buy it,” Tim recalls. 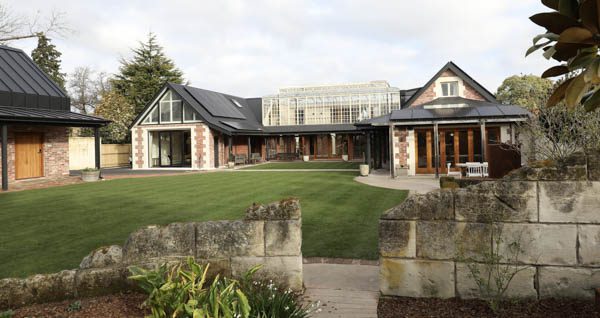 Unsure at first, he quickly changed his mind knowing the importance and special history of the home. “A renovation project of this magnitude wasn’t at all on our radar but we couldn’t bear to see it pulled down or sold. If it had been sold we would have lost it forever,” Tim says. Stripping the house back to its bones was a sombre affair as the true picture of the house’s condition became apparent. The house was severely water damaged as it sat vacant since 2011 and a harsh Canterbury winter last year only added to its decline. Construction really kicked into high gear in March last year. “There’s been so many people helping us, family, friends and we’ve had 15 to 20 tradespeople on site daily,” Tim adds. Working long hours, the couple grew close to those working with them, with one tradie inviting them to his wedding. 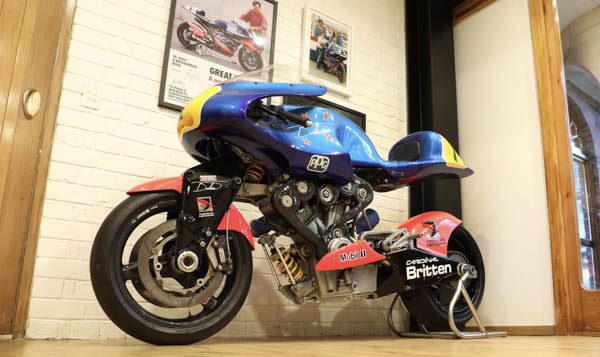 While the building’s footprint stayed the same there were a few new additions. “We worked hard to keep it as original as possible,” Tim says. A magnificent feature of the building is a steel and glass atrium taking centre-stage, complete with swimming pool and tropical garden. All the rooms have been immaculately decorated, furnished to the highest standard. They officially moved in at the beginning of September, just in time to celebrate their daughter Adaline’s third birthday. However, the joy of moving in was slightly tinged with heartbreak with Isabelle revealing they had lost a baby at 20 weeks. 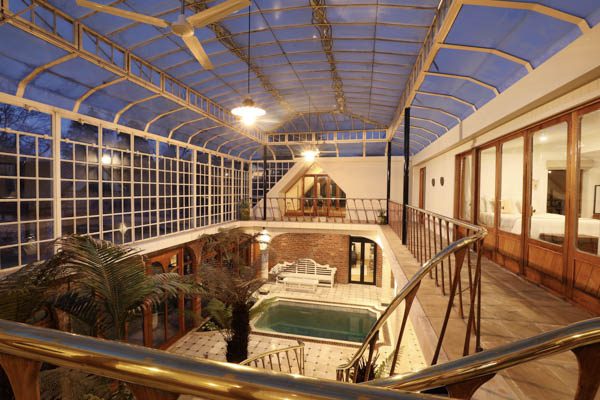 Determined to have more children to help fill the seven bedroom home, the couple say seeing Adaline playing in her room is enough reward… for now. Isabelle, a property manager, says their decision to operate a B&B from their home allows guests to share the family’s unique story. Last week their story was featured on the opening series of Grand Design NZ. “We are privileged and so happy to be able to tell dad’s story and having our home appear on Grand Design NZ was a great way to catalogue what we’ve done,” she says.