The world’s focus is on wellness, but pleasure-seeking tastebuds are in for a satiating year, as health and gastronomy share the table for 2019. 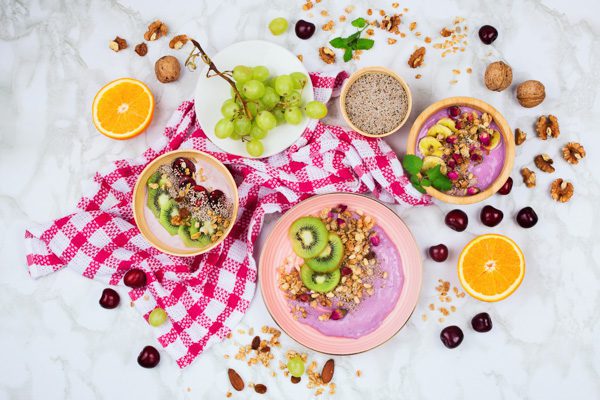 Wild, wild greens
The king of green goodness, kale, hands over the crown to leafy cousins of equal royalty. Dandelion leaves, mustard greens, chicory, chard, sorrel and nettle will adorn our plates. They’ve been around forever, it’s just taken time for our spinach-and-lettuce tastebuds to embrace a quirkier bitterness.

Fermented fixations
As gut health becomes a focus, microbe-filled, probiotic, fermented food is fast becoming a staple. Tempeh joins tofu’s ranks as a diverse soy product that soaks up flavour, while kimchi and sauerkraut are capable of curing our tomato sauce addiction. Kefir and kombucha are exploding their fanbase – a delicious way to down your probiotics.

Plant loving
Vegan eateries are sprouting up fast, especially in burgeoning Christchurch. Plant-based menus are becoming works of culinary craft, seducing the naysayers. Expect vegetarian dishes to be mainstream now on restaurant menus, if not the stars, as chefs utilise meat rivals, like aubergines. Jackfruit is a meaty-textured newbie that absorbs savoury flavours, and vegan ice-creams are the desserts to end the decade.

Grains and seeds will sprout forth
From hippie to hip, watch hemp’s popularity rise in 2019. As a high-quality, sustainable protein, it’s amazing in smoothies, great as a flour, and the seeds produce the healthiest oil. Freekeh is a super grain we’ll see more of. Made from green wheat, usually Durum, it can replace quinoa or brown rice.

Fashionable fungi
Canterbury has joined France as a truffle producer, and the taste is enticingly unexplainable. Although ‘black gold’, truffles are affordable in slivers. Infusing oils and dusting seasonings, they’re becoming another Kiwi delicacy. There is also an exotic mushroom movement, as foraging local goes mainstream.

And a side of insects please…
Yes, the entrée of crunchy locusts has landed. Cricket flour will no longer raise eyebrows – we’ll be raising our glasses to its protein-packed, world-saving goodness.

Sharing the sumptuousness
Sharing platters became a cool thing to do. Now it’s the thing to do. Food envy is passé. Palates can explore, chefs can showcase, and it’s great for group dining. It doesn’t matter if eyes are bigger than bellies, or if someone won’t eat their greens.

Colour craze
It’s healthy to eat from the rainbow, but there’s another reason for the increasing colour on our plates, as tropical fruits to edible flowers become vogue – a sausage stew just won’t get the likes on Instagram!