“Hemp seeds are safe to eat, nutritious, and do not have a psychoactive effect,” said Food Safety Minister, the Honourable Damien O’Connor, in a Beehive press release in November 2018, regarding changes made to the regulations controlling the production and sale of hemp seed food products. 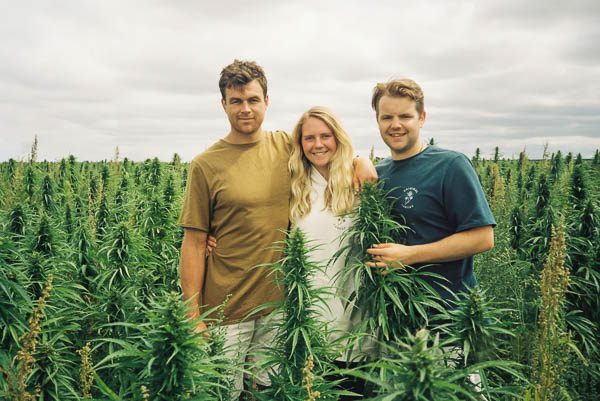 This was no surprise to those who know the history and benefits of the plant that US President George Washington wanted “planted everywhere”. And good news to those on the cutting edge of an imminent revolution. One such revolutionary is Pharmacist Brendon McIntosh, Kaiwhakahaere of Plant Based NZ, the parent body of several brands with a growing inventory.

During post-graduate studies into nutritional and environmental medicines, Brendon was introduced to the benefits of hemp as a food source and the base of a multitude of products. After his studies concluded, he teamed up with Brad Lake, whose background is in rural banking. He’s seen firsthand the evolution and the limitations of the agriculture industry in New Zealand. He also recognises what the future will look like.

“Synthetic foods coming through, transition to plant-based diets, people moving away from high-animal-product diets; New Zealand needs to be prepared. We can’t pretend what we’ve been doing for the last hundred years is going to work for the next hundred years.”

Initially, Brendon and Brad sold hemp seed oil and protein powders at local markets. Under the banner of ‘The Brothers Green’, they are now available in New World supermarkets. A range of hemp seed-based skincare products is available nationwide in pharmacies, under the brand ‘Kōaka’, which loosely translates into ‘hemp’ in Te Reo Māori. 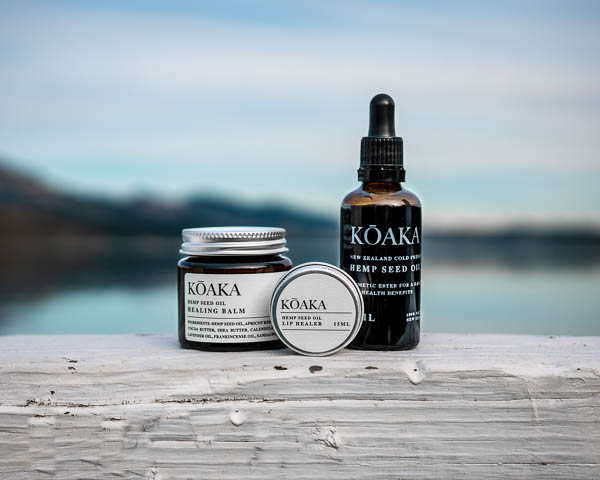 Hemp fibre has been widely used for a variety of products for thousands of years – paper, jewellery, rope and sails in the age of sailing ships, animal bedding, building materials, and latterly in the production of cars, biofuels, purification systems, and, of course, clothing.

The addition of an apparel line was a natural progression for company. Enter Sustainable Fashion Designer Eden Sloss. “Hemp is the most sustainable crop. It’s the strongest natural fibre we can grow for textiles,” she says.

The ‘Original Canvas’ brand is Eden’s baby. Short and long sleeve tees and hoodies so far, expansion is guaranteed. She’s been to China (the largest producer of hemp fabrics) recently, sourcing ethically grown and produced materials; a catalogue is in production and more retail outlets are buying into the ethos that sustainable is the way of the future. 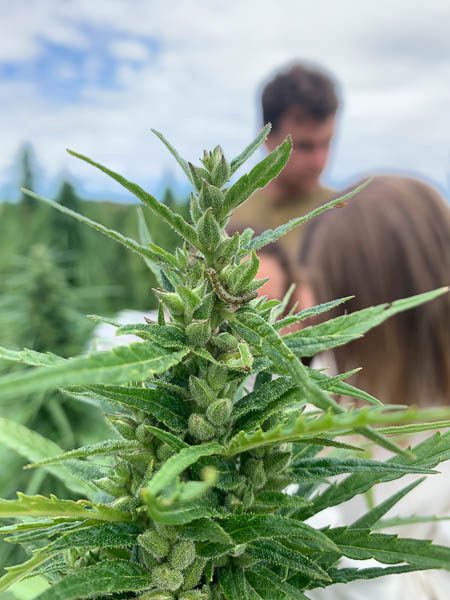 “We’re trying to make it more accessible,” she says, “because there is demand and it’s growing”. Check out @originalcanvas_nz on Instagram.

Winning the Foodstarter Award, a competition to find New Zealand’s most innovative food product, driven primarily by Foodstuffs South Island and The Ministry of Awesome, has allowed The Brothers Green to take the business to the next level. The industry expertise and promotion from the award will see the launch of the Hempy Bar, a healthy hemp-based snack bar for kids. Watch New World supermarkets for that in September.

Brendon, Eden, Brad and the team are on the cusp of a hemp-based revolution and it’s about to explode. “We’re building a sustainable hempire,” Eden says.