A garden blooming with flowers and trees, shrubs, and an array of colourful foliage creates a serene, embracing atmosphere endearing to the heart. As you head out south of Christchurch, along State Highway One and into Ashburton, you will find just that. 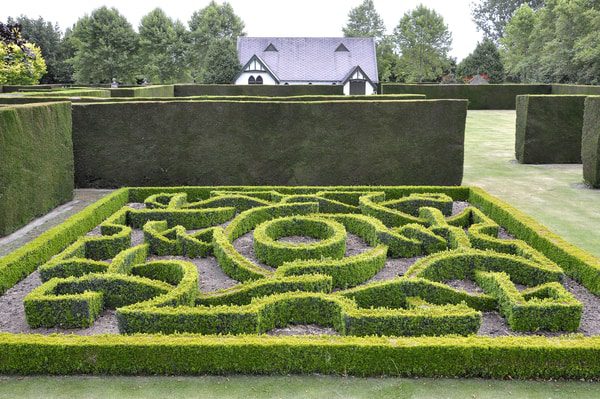 As you enter the town, turn right at the entrance and drive along Racecourse Road. When you catch sight of the gardens, turn left and drive down an avenue of towering trees, where you’ll enter the horticultural wonderland that is Trott’s Garden.
Ashburton’s secret garden started as one man’s dream to transform a barren four-hectare paddock, creating a space that people would visit and enjoy, inspiring others to create something special on their own land.

Late last year when Alan Trott retired, his only request was that the property remained part of the Ashburton community. The Trott’s Gardens Charitable Trust was formed to purchase the property, rallying a team of volunteers and forming a management committee to maintain and develop the gardens. 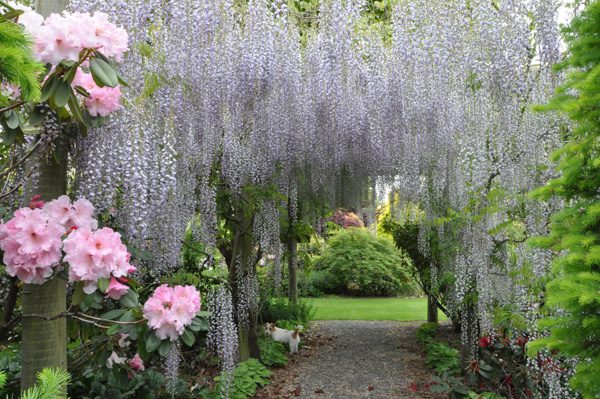 Since the first spade of soil was turned in 1984, the Trott family has planted a large area now known as the woodland garden, home to 650 rhododendrons. The display of colour from early September until autumn is stunning as rhododendron bloom among stately trees.

Some 50 species of magnolia, 70 different kinds of maples and 40 different varieties of the dogwood family give some idea of the scale of this area, which is underplanted with hundreds of rhododendrons and azaleas. Nearby is a bog garden with a stream that flows into a pond edged with many fine water plants, lilies and irises. The pond, from the near side, is free of plantings and so reflects a perfect image of the sky and garden beyond.

One of the highlights of the gardens are the perennial borders running 110 meters in length, enclosed by tightly trimmed macrocarpa hedges. The borders contain only perennial plants, a rarity in the southern hemisphere and, unlike many perennial borders, these contain no natives or roses. 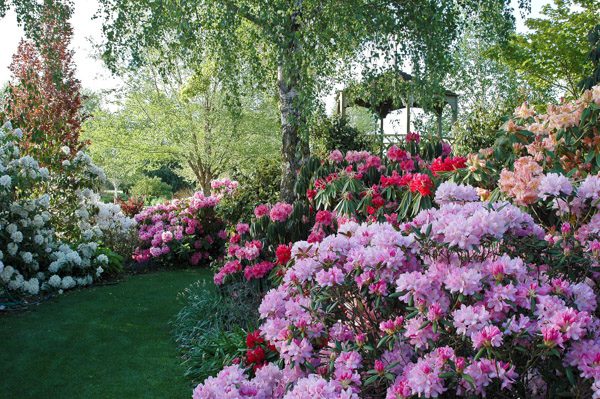 A special area of the garden is the red border. Developed in 2005, it is a six metre deep, 60 metre long border, featuring hundreds of plants that are either red in foliage or flower.  There are sweeping lawns and a lookout tower provides exceptional views of the bog, the water garden and the rare knot garden that fronts the garden’s chapel, where many weddings are held every year.

The New Zealand Gardens Trust awarded Trott’s Garden six stars (its highest category) and designated it as a NZ Garden of International Significance, as it is considered to be outstanding for its horticultural value. Alan himself was awarded a Queen’s Service Medal in 2017 for his services to horticulture.

Trott’s Garden is open Monday to Friday 10am to 4pm and Saturday to Sunday by appointment only.
www.trotts.co.nz